What We Stand For
Accurate Data.  Wise Choices.  Great Results.

Gummicube App Store Intelligence is really from the App Stores, including proprietary search trends and semantic data that you simply can't get anywhere else.  We spent three years to create just the right data set and software tuned for App Store Optimization.  We did things the hard way - to provide the only true mobile-from-the-ground-up ASO solution.

We're not misrepresenting information from web search or mashing up Google API's to obtain our core data.  In fact, tools that look or act like a Google Keyword Planner for apps are virtually useless - because they don't reflect how App Store Search really works.

We built our software around the idea that all data should be ACTIONABLE.  We'll help you stop spending hours hunting and pecking one keyword at a time and provide intelligent automation to help you make wise choices quickly.

Gummicube's team has been developing and distributing mobile apps since 1999 and has been directly involved in App Store Optimization since 2011.  We've been involved in every method of app distribution you can imagine, from the Carrier Deck to Premium SMS to the current App Stores.  That's almost 10 years more experience than anyone who got started in the iOS and Android world.  Now we are focused on App Store Optimization - because search is the future of app distribution.  Put us on your team today. 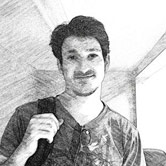 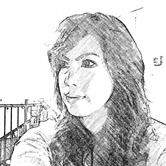 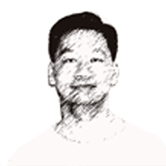 LinkedIn Bio
Dave Bell is the Co-Founder and Chief Executive Officer of Gummicube.  In this role, Dave is responsible for overseeing the business strategy for the company, driving growth and market development.  Dave is a pioneer of the mobile entertainment industry with more than 15 years of experience publishing, marketing and distributing mobile applications and games across carrier, direct to consumer and app store channels.

Prior to co-founding Gummicube, Dave was a member of Playphone's founding team and served as SVP, Business Development & Strategy.  Playphone was one of the first direct-to-consumer channels for mobile entertainment, growing to $100M in annual revenue during his tenure.  Prior to Playphone, Dave was the founder of Chasma Publishing.  Chasma was one of the first publishers of mobile games in the world and was responsible for releasing some of the first downloadable apps on carrier networks.  Chasma merged with Kayak Interactive and was sold to Oberon Media in 2005.

Dave serves on the Board of Directors of Kimera Systems, enjoys advising early state startups and frequently participates in speaking engagements at industry events.  At age nineteen Dave was recognized by Inc. Magazine, Fortune Magazine and CNNMoney for his early role in the mobile start-up community.
Anh Nguyen is the Co-Founder and Chief Product Officer of Gummicube.  In this role, Anh is responsible for overseeing product development, product marketing, engineering and business development.  Anh has more than 10 years of experience leading business development and product organizations in high growth startup environments.

Prior to co-founding Gummicube, Anh was responsible for product marketing and business development at Playphone.  Playphone was the first company in North America to build a direct-to-consumer channel for mobile content, which grew to more than $100M in annual revenues.  Before PlayPhone, Anh was a business development executive at Homegain, a leading ad network targeting the real estate market vertical.  Homegain was sold to Classified Ventures in 2005.  Anh has also held positions at Nielsen and Inventors Publishing & Research.

Anh graduated from San Jose State University with a B.S. degree in Advertising.
Gim Eng is a Software Engineer with 20 years experience in creating applications on various computing platforms.