Baller Legends is an arcade-style basketball shooting game by Battery Acid games that lets you create a star rookie and earn your name in the history books with precise shooting and big time slam dunks.

Gummicube used its app store intelligence platform DATACUBE to determine which keywords were already fruitful and rank for new terms with high potential for success. 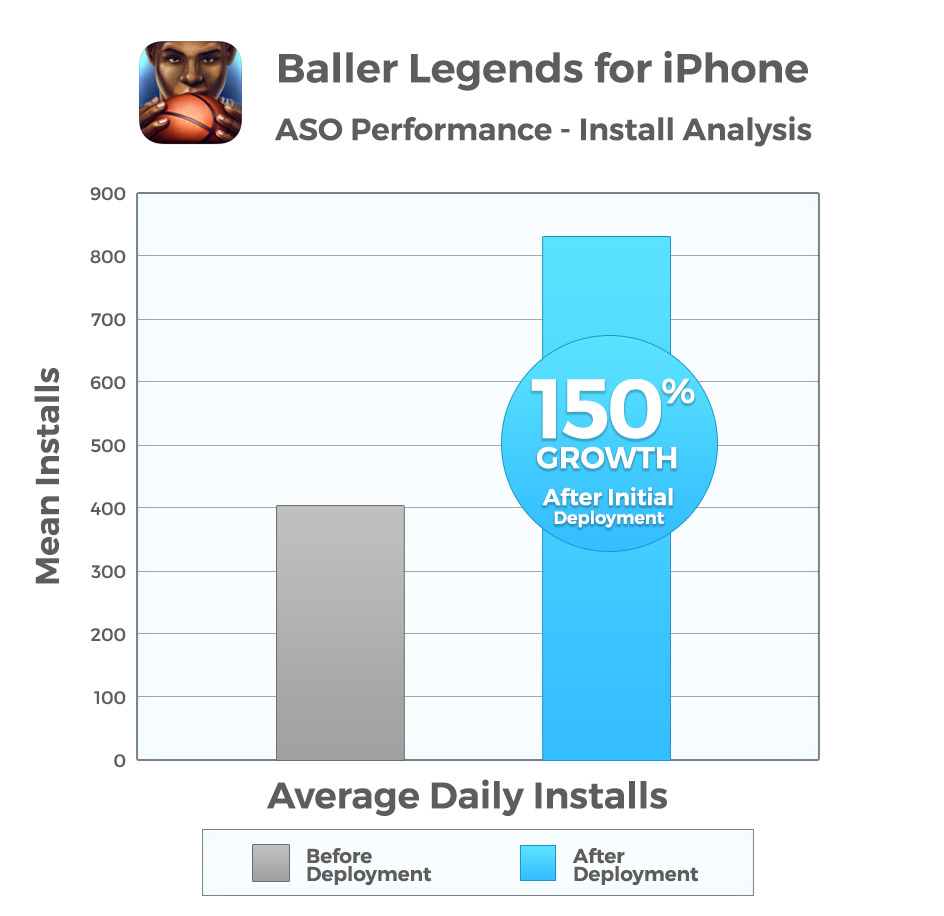 DATACUBE enabled Battery Acid Games to optimize their keyword selection by improving their current keyword focus as well as introducing a broader range of target search terms. By targeting keywords relevant to Baller Legends’ gameplay and terms similar to their audience’s interests, Baller Legends’ experienced a 106% growth in  keywords and phrases. The resulting increase in visibility translated to a similar elevation in average installs per day.

After implementing Gummicube’s ASO changes, Baller Legends saw an increase in average daily installs of 150%- jumping from an average of approximately 400 downloads per day to over 800 per day. 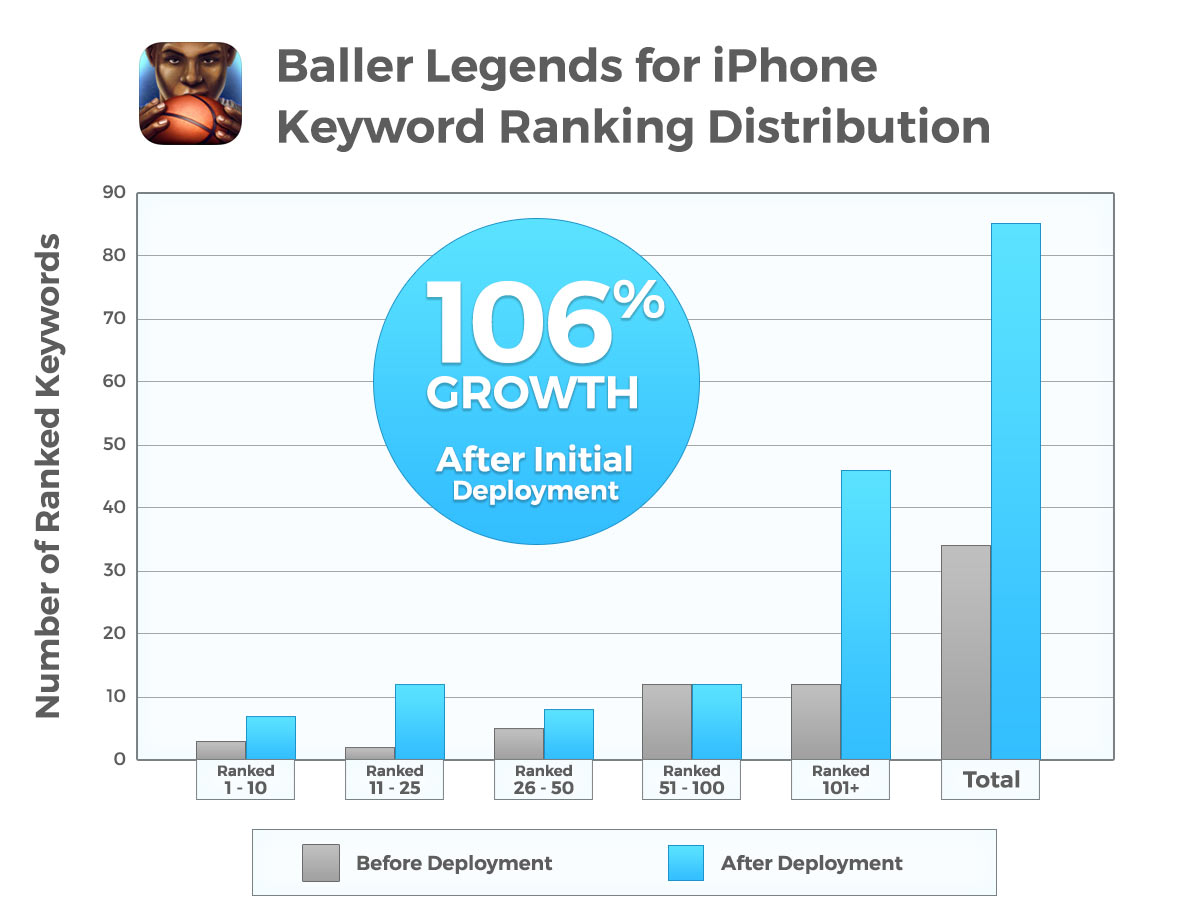 In addition to increasing visibility and installs, Battery Acid Games and Gummicube collaborated throughout the process in order to ensure that each keyword was in step with Baller Legends’ intended messaging.

Since working with Gummicube, Baller Legends has also been featured on the App Store and Google Play 43 times internationally.