PixOwl’s The Sandbox franchise is a long running App Store favorite, comprised of two apps: The Sandbox and The Sandbox Evolution. These physics-based 2D universe creation and puzzle games have nearly limitless possibilities, with unique pixel art and charming character dialogue. The player takes on the role of ‘Deity apprentice” and creates their own universe using elements like water, lightning, lava and more. PixOwl used Gummicube to help optimize both the original app and its successor.

PixOwl began its partnership with Gummicube in 2015 with the goal of increasing keyword visibility for its already award-winning original game, The Sandbox. With a game that literally takes place in a sandbox environment and has endless universe creation possibilities, narrowing down the most impactful keywords to target is no easy task.

PixOwl utilized Gummicube’s proprietary mobile data, DATACUBE software and team of ASO experts to narrow down the most impactful terms..

Over a 4 month period, Gummicube’s ASO strategy helped The Sandbox rank for 40% more keywords overall, with a nearly 75% improvement in keywords ranked in the top 3 - including becoming the #1 ranking app for “pixel game.” 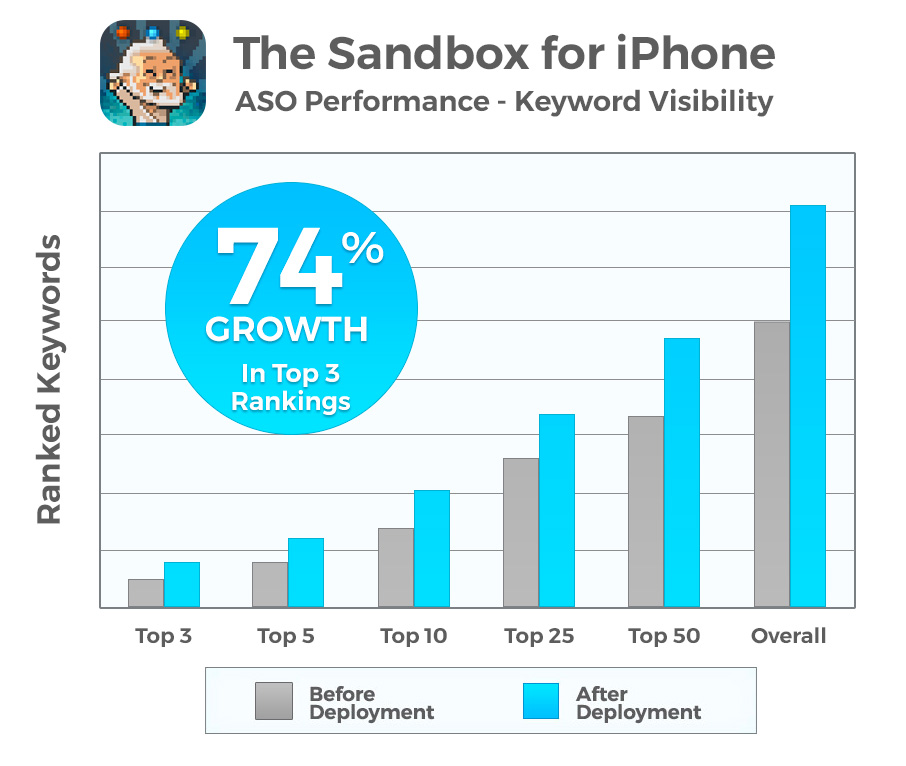 This included top 10 ranking positioning for terms like “2D”, “super scribblenauts” and “pixel city” in the iOS app store. In the Google Play store, the app ranked in the top 10 for keywords including “8 bit games”, “game maker” and “create”. 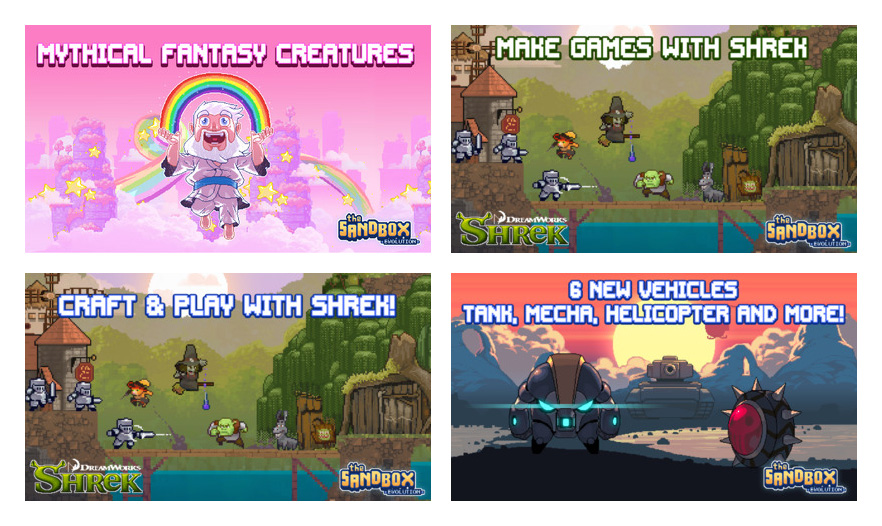 After the initial release, The Sandbox Evolution continued to launch regular updates. With new features like “fantasy animals”, additional game creation elements and a Ghostbusters movie tie-in, creatives needed to be iterated frequently. PixOwl leveraged Gummicube and its DATACUBE software not only to see which keywords to target, but determine which screenshot callouts to incorporate. This made frequent creative updates possible while minimizing the risk of losing conversion on top ranked terms.

The Sandbox and The Sandbox Evolution continue to have a thriving community of players, and have been featured on the iOS App Store and Google Play Store. Utilizing Gummicube’s proven ASO strategy and technology, PixOwl has built a healthy foundation and iteration process to keep The Sandbox franchise a relevant App Store staple.