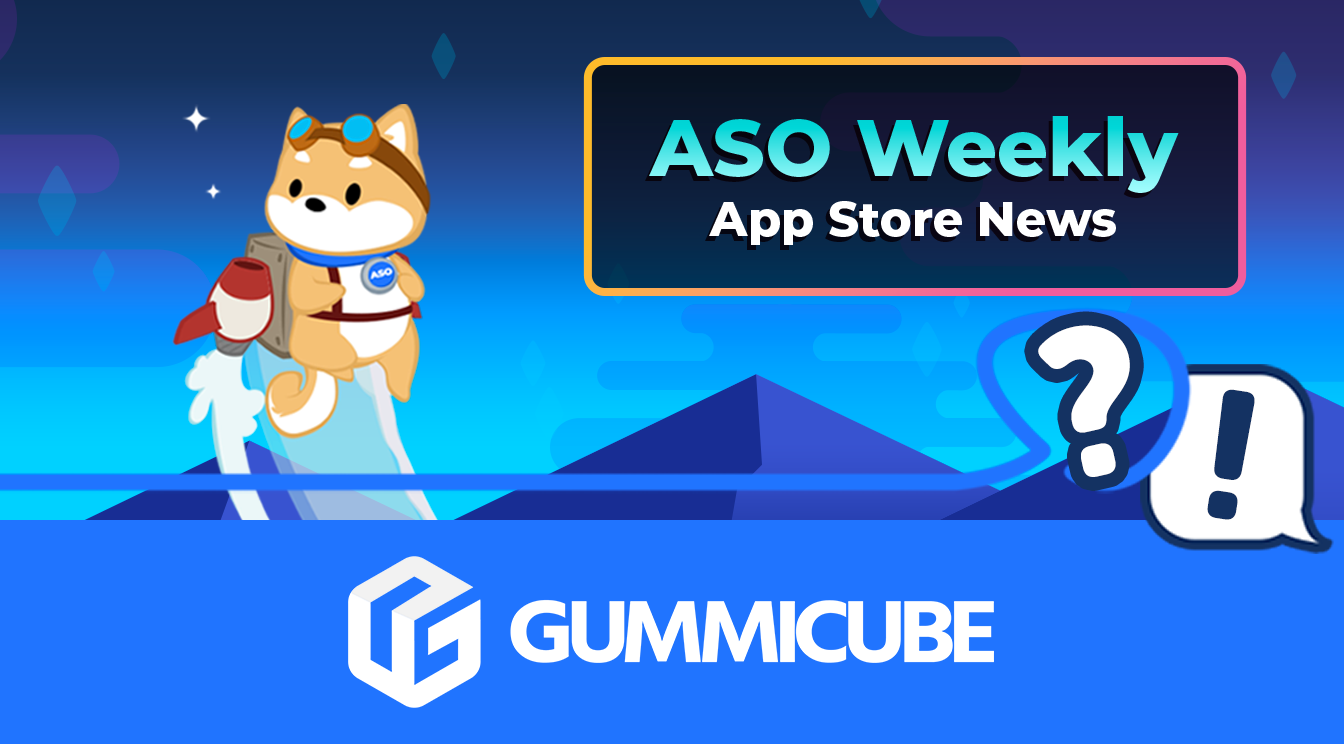 Welcome to this week’s ASO Weekly – Gummicube’s recurring segment where we discuss some of the biggest events in the mobile app industry, app store developments, and how they may affect your App Store Optimization strategy.

The report states that these apps aren't malicious in the traditional sense like malware, spyware or viruses, but instead act more like a scam. Many users of these apps will find that the app starts charging them more through hidden fees or costs.

VPN Check stated that these apps scam users out of at least $100 million dollars a year. App Store icons and the app name or titles are deceiving since they’re often duped versions of popular apps. The company went on to further mention that:

“It might not be in Apple’s interest to address the issue. With the mobile phone market being saturated, the big bucks are increasingly earned in the App Store. And Scam apps are great clients. They obviously make a lot of money through their scams, of which Apple gets its cut. Plus, the App Developers spend a lot of that money on running Ads on the App Store that Apple also gets to pocket. Not too shabby, as they like to say at Apple.”

As the iOS and Android app marketplace continues to grow, users are looking for a safer in-app and app store experience. Delivering on safety is a foundational issue for the app marketplace as dozens of changes have been made in recent months to help users be safer using their devices.

Our app marketing and ASO company ran a survey for our Twitter followers about their thoughts on the iOS 16 beta release for Apple devices. The results have been mixed. Many developers and day-to-day users weren’t super impressed with the changes. Many cited that the wallpaper change and the “unsend messages” feature is the highlight of the long-awaited operating system update.

If we look at iOS 13 to iOS 15, iOS 16 has still brought some of the most notable and immediate changes to UI/UX, comparable to Android devices where customization is one of the hallmarks of the brand. The official release for iOS 16 is set for early-mid September. We’ll see the rollout of sentiment across a wider range of users.

Uh oh, this can’t be good. One of the top-grossing games of all time lost its own thunder. Fall Guys, the critically acclaimed game has a questionable dupe on the app store called “Stumble Guys”. App downloads of the mock app have skyrocketed to 1.5 million in just a few months racking up 6.6 million dollars in revenue. This massive spike comes after Fall Guys’ announcement of its “Free For All” to-play game release.

The mobile game market is highly lucrative for computer and platform game developers. The mobile game industry continues to rise as more and more people have access to smartphones worldwide. In fact, one of the biggest markets for mobile games is Southeast Asia, where 1 in 3 people play mobile games regularly. Game localization using ASO technology is essential to keep up with these trends, otherwise, dupes can actually be quite inevitable.

The popular game Wordle had a similar problem when it came to dupes on the app store. The same principle stands: if you won’t do it, someone else might.