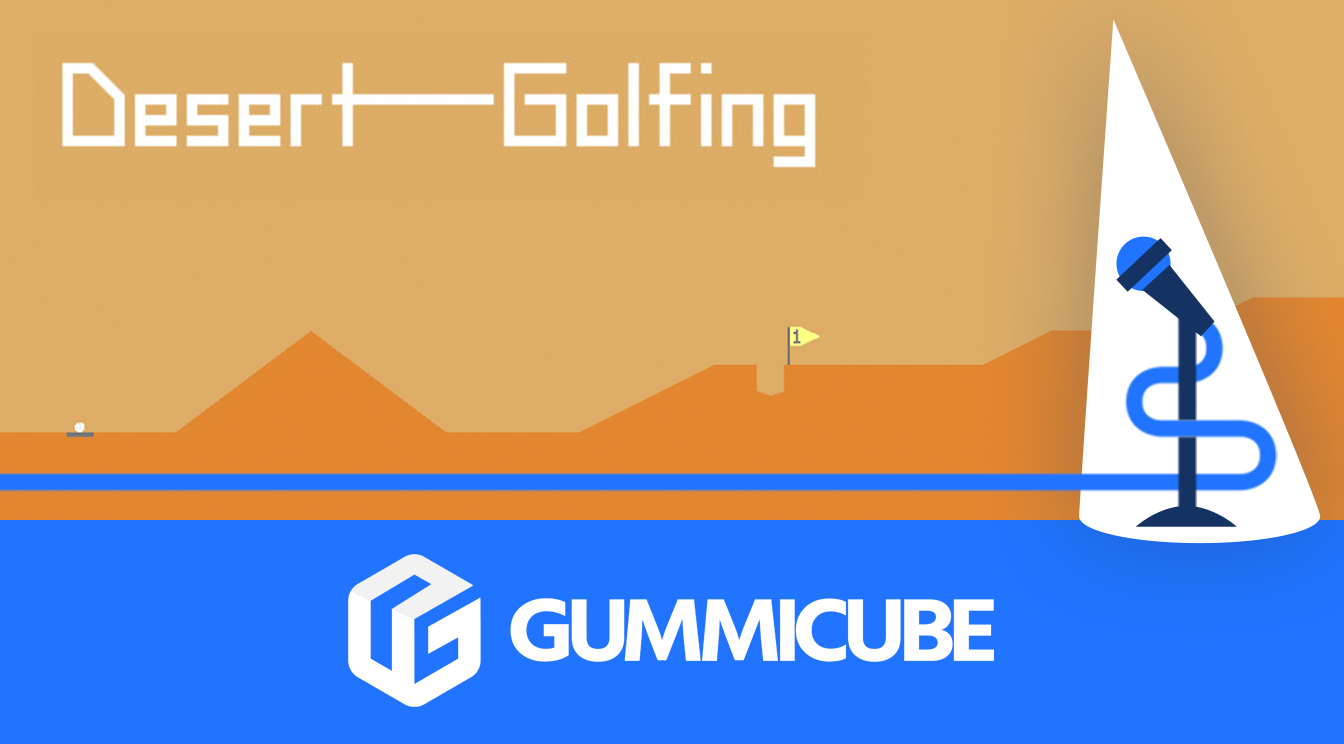 Hitting birdies into oblivion? Playing golf in an endless sand trap? Desert Golfing sounds like a nightmare for the typical golfer, but don’t let the name fool you. As one of the top-rated golf games in its category, the Desert Golfing app is just as relaxing as a day out on the fairways and greens.

The app guides users through a continuous, single-level checkpoint-like game where users have to drive their ball to the next hole. It’s a casual golf game where users can drive the ball on a single vector and trajectory with just a few taps. This allows it to garner the attention of users looking to play a relaxing and less technical golfing game – all in an atypical golf setting.

The sports game and golf game category on the app store is packed with competition. Users can keep things in the fairway with hundreds of golf games alone. Featured in the “Hit The Fairways” collection, Desert Golfing was a clear standout among competitors in the space.

Based on Desert Golfing’s current app store metadata assets, it’s clear that it positions itself as an indie or niche game on the app store. Similar to the app Getting Over it, the app has a mysterious and intriguing app full description:

“To see a world in a bunker of sand

And a heaven in a wild cactus,

Hold infinity in the pocket of your shorts,

And eternity in Desert Golfing.”

While the App Store doesn’t index keywords in the full description, it plays a fundamental role in conversion. The current full description packs a cryptic punch, but there has to be a way for the developers to illustrate what makes the game different from others. With the app title and subtitle, the developers of Desert Golfing can improve this missing part of their metadata.

The app title is a valuable, yet often overlooked metadata asset crucial to indexation. Desert Golfing relies on a branded title with no title tag attached to it. Title tags are additional phrases a developer can add to its branded title to increase visibility and build relevancy among users.

While “Desert Golfing” is relatively cut-and-dry, the title field allows up to 30 characters. This would be an excellent opportunity for Desert Golfing to capture phrases that users search for. With the help of our ASO technology, DATACUBE, the developers of Desert Golfing can see what phrases would grant them additional visibility on the App Store.

The subtitle, “Infinity in your pocket” makes an impact; however, additional indexation opportunities are missed with just a branded subtitle. While the positioning of the app is more indie-leaning, the subtitle is a great way to highlight the main features that encompass branding while optimizing for discoverability.It's important to remember that only the title, subtitle, and keyword bank fields are indexed for keywords on the App Store. Forgoing additional opportunities to maintain and build on the growth opportunity these areas provide can hinder continuous app improvement.

Creatives speak to users in more ways than one. The Desert Golfing App currently uses its screenshots to showcase a whole game level spread across 8 total screenshots. This is a unique approach that allows the user to interact with the app without having to download it.

To improve its conversion potential, the Desert Golfing app could introduce visual copy to guide the user. This allows users to fully understand what the game is and how it works.

This best practice, paired with a metadata optimization strategy also helps users make the connection between what they search for and what they’re seeing on your app page. Our ASO company can help app developers understand the relationship between creatives and conversion for a better presence on the App Store.

In the face of high competition in a category, ASO helps apps stand out among the rest. Desert Golf brings its users a new way to enjoy golfing games on the App Store. With improvements to its metadata and creatives, the developers of Desert Golf can introduce their app to fresh users looking to tee off in a relaxing atmosphere.