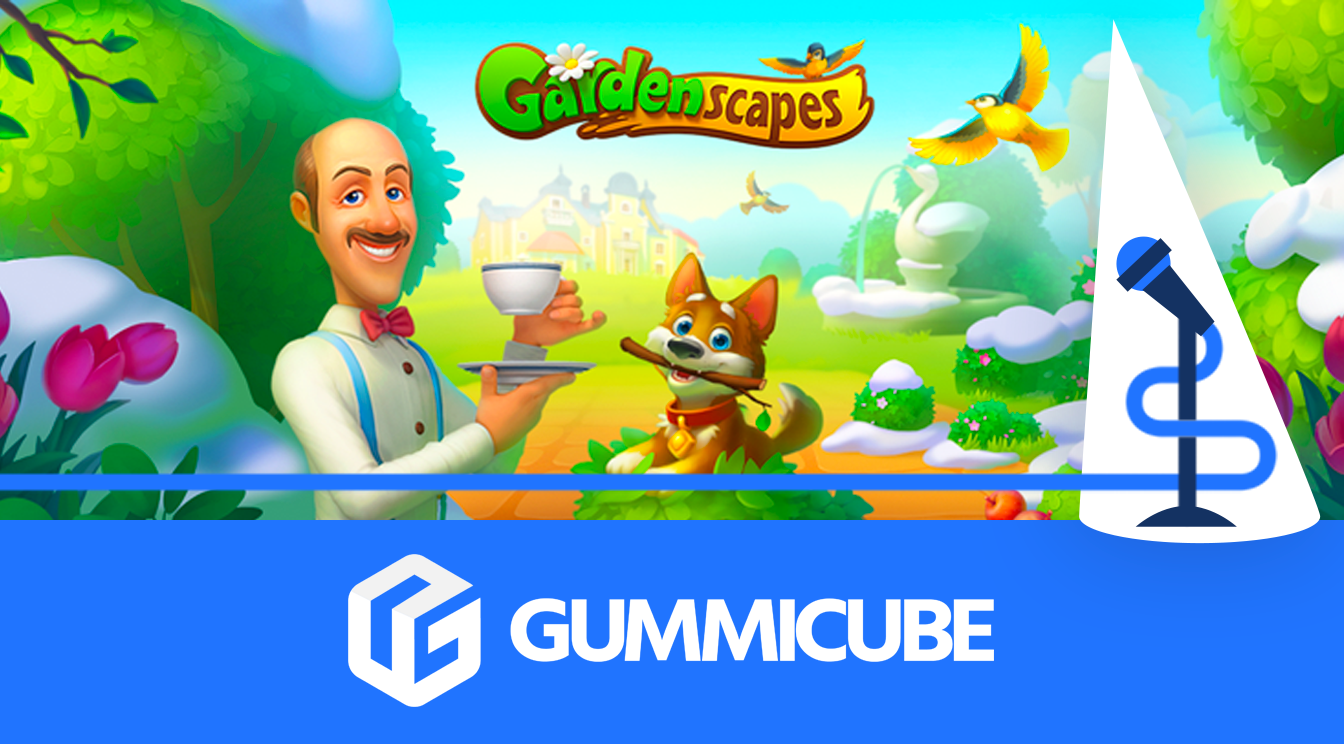 Say goodbye to spring fever with Gardenscapes! In a one of a kind combination of match three gameplay and fun mini-games, Gardenscapes is a long-standing pioneer of puzzle games on the App Store. Lush foliage, danger-defying feats on rowboat and decoration all combine to give users a truly unique mobile gaming experience.

If you’re like one of the millions of people who play mobile games, you’ve probably heard of the Gardenscapes app before. Like many gaming apps on the App Store, our first interactions with the app was probably through an external marketing campaign we saw on social media.

Gardenscapes gained massive earned media attention with often outrageous depictions of their in-app mini-game scenarios. Today, it’s one of the most popular puzzle games on the App Store. Despite its popularity and long-standing reign on the App Store, there are App Store Optimization practices Playrix can employ to improve their standing on the App Store.

1. App title – Gardenscapes is a widely recognized app on the App Store. This could explain why Gardenscapes doesn’t have a title tag. Title tags are additional phrases a developer can add in conjunction with their app name to increase visibility and indexation. On iOS, indexation takes place in the app title, subtitle and keyword bank.

By adding a title tag, Gardenscapes can rank for additional keywords aside from what they currently target in their subtitle and keyword bank. Not only that, but title tags also help users understand what an app is without having to read the subtitle or description of an app. The developers at Playrix could use ASO technology like DATACUBE to see what phrases would help them increase indexation opportunities and increase visibility.

2. Subtitle – The subtitle is a crucial element of an app store listing. Apart from the app title and keyword bank, the subtitle serves a similar purpose as the title tag. Currently, Gardenscapes’ subtitle is well-articulated for user readability and visibility. By including phrases like “matching”, “puzzle” and “game” in their subtitle, Gardenscapes can gain visibility across multiple relevant keywords.

1. Screenshots – Gardenscapes communicates their app genre well with clear imagery of match 3 gameplay and mini-game mechanics. The screenshots also provide users a glimpse of graphics and gameplay with colorful and captivating in-app images. Across the entire screenshot set, Gardenscapes uses bold callouts and in-app actions – an ASO best practice for apps in the gaming category.

2. Feature Video – The gaming category is highly competitive, even across gaming sub-genres. That being said, It can be difficult to carve out a niche in the gaming category. However, there are ways a developer can stand out among competitors in the space outside of captivating screenshots.

Gardenscapes would be a good candidate for a feature video. Gaming is a dynamic activity, and users often like to see what the app is like outside of still shots. Introducing a feature video would help Gardenscapes stand out in the highly competitive match 3 gaming category where feature videos are standard. Competitors like Harry Potter: Puzzles & Spells, Royal Match and Smurfs Magic all have feature videos that help illustrate in-app gameplay.

Gardenscapes is synonymous with match three puzzle games to many. However, its current ASO strategy lacks a few crucial ASO best practices that would give them a competitive edge and increase visibility on the App Store. With the help of an ASO company with over 12 years of experience, the developers at Playrix can set up Gardenscapes for continued App Store success.