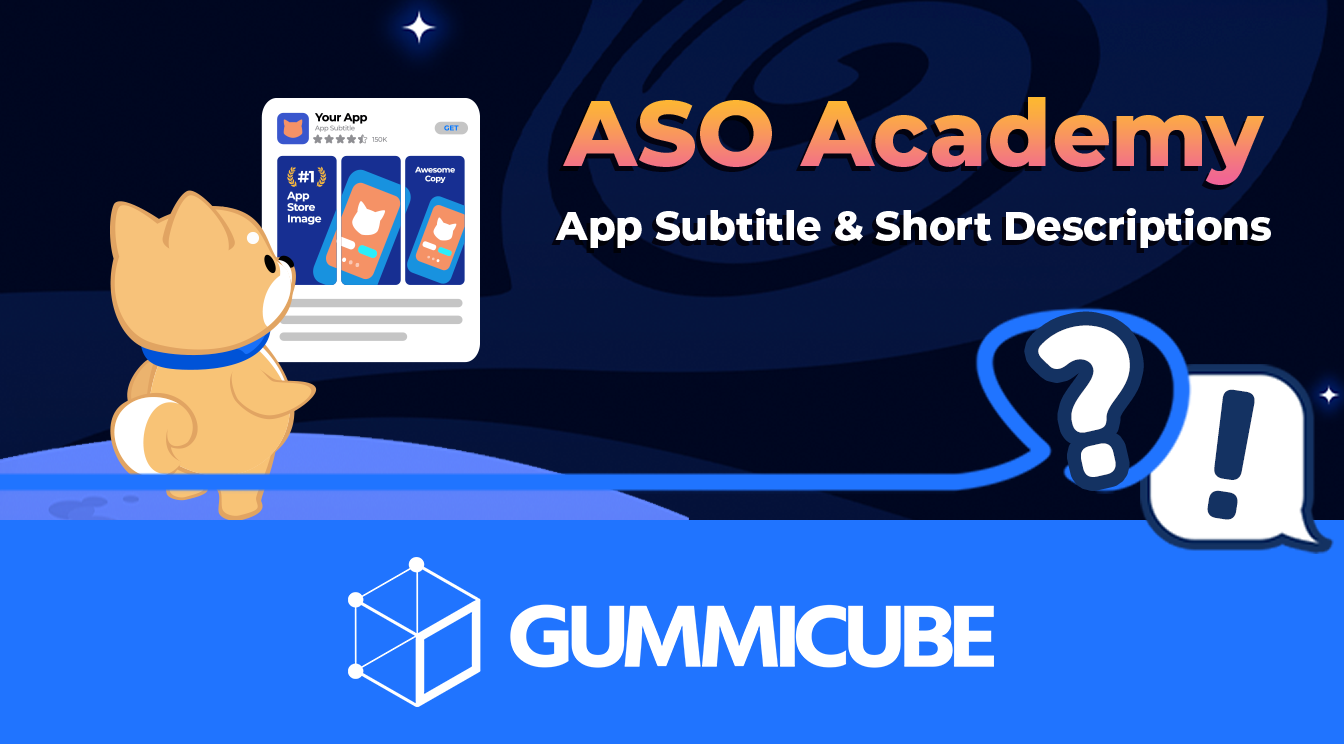 If you were presented with an opportunity to further engage your audience while also getting the opportunity to rank higher for the keywords that matter most to you, would you take advantage of it?

This may sound too good to be true, but this opportunity is sitting right under your nose (or more accurately, under your app title).

In an ever-changing and increasingly competitive app store marketplace, there are a limited number of ways to make your app stand out from all the rest. This makes navigating the effectiveness of your App Store Optimization strategy a little more difficult. Are you using all of the opportunities at your disposal, and are you using them effectively?

Given the limitations facing developers in their quest to create an ASO strategy that works for them, there is no room to leave behind crucial metadata assets that have the potential to make or break their app store performance.

Unfortunately, many app developers often overlook one of the most important elements of their metadata fields on the Apple App Store and Google Play Store – an element that not only has the potential to further engage their audience but also allows them to inject the keywords that resonate with that audience and their brand.

The Apple App Store subtitle field, admittedly, doesn’t provide developers with much to work with – or it may seem like it at first glance.

With a maximum of 30 characters total, the iOS subtitle provides a space for a concise and clarifying phrase or list of terms that further introduce the user to the app and its value.

You may be wondering:

How on earth am I supposed to fit my app features in only 30 characters or less?

If you’ve thought this to yourself at some point in your life, rest assured that you’re not alone.

Although 30 characters seem limiting at first, the app subtitle serves as a crucial space to introduce the audience to the features they look for in your app. More specifically, highlighting these features in the same “language” they speak.

Ideally, the app subtitle on iOS should serve to address keywords and phrases that the users most frequently use in their search queries to establish relevancy while simultaneously targeting keywords that help increase your visibility.

The Apple App Store indexes keywords used in the app title, app subtitle, and keyword bank. With that in mind, the app subtitle should include keywords that help the algorithm and indexation process build those high-volume and high-relevancy keywords and phrases.

However, since the app title and app subtitle are visible metadata assets, they both have to be readable and keyword-friendly.

Doing this is no easy feat, but with the right ASO Technology, you can formulate an app subtitle that does both effortlessly, and takes the hard work out of targeting the right keywords and audience.

With a total of 80 characters, the Google Play short description is a user-facing metadata asset that offers developers the ability to target additional keywords.

With more leeway to expand upon app features compared to iOS, Google Play's short description also makes it easier to build relevancy and convey app value to a user.

Like iOS, the comparable short description on Google Play offers invaluable space to build a rapport with the user and offers a space to introduce keywords that help with increasing visibility.

However, developers often forget that the weight assigned to the app title and short description is one of the highest among all of the metadata assets being indexed throughout the entire app page and listing. Thus, relevant and high-volume keyword placement should be concentrated in these two crucial areas of metadata optimization.

Limited spaces to optimize shouldn’t mean you should limit your ASO strategy.

A simple change of mindset from, “Wow, only 30/80 characters to optimize”, to, “Wow, 30/80 more characters to further optimize my app metadata”, could just be the difference between an ASO strategy that stays stagnant from one that doesn’t.

With the help of an ASO company, this process doesn’t have to be daunting. Instead, it can be an exciting opportunity to leverage your strengths while you connect with your audience in new and exciting ways.