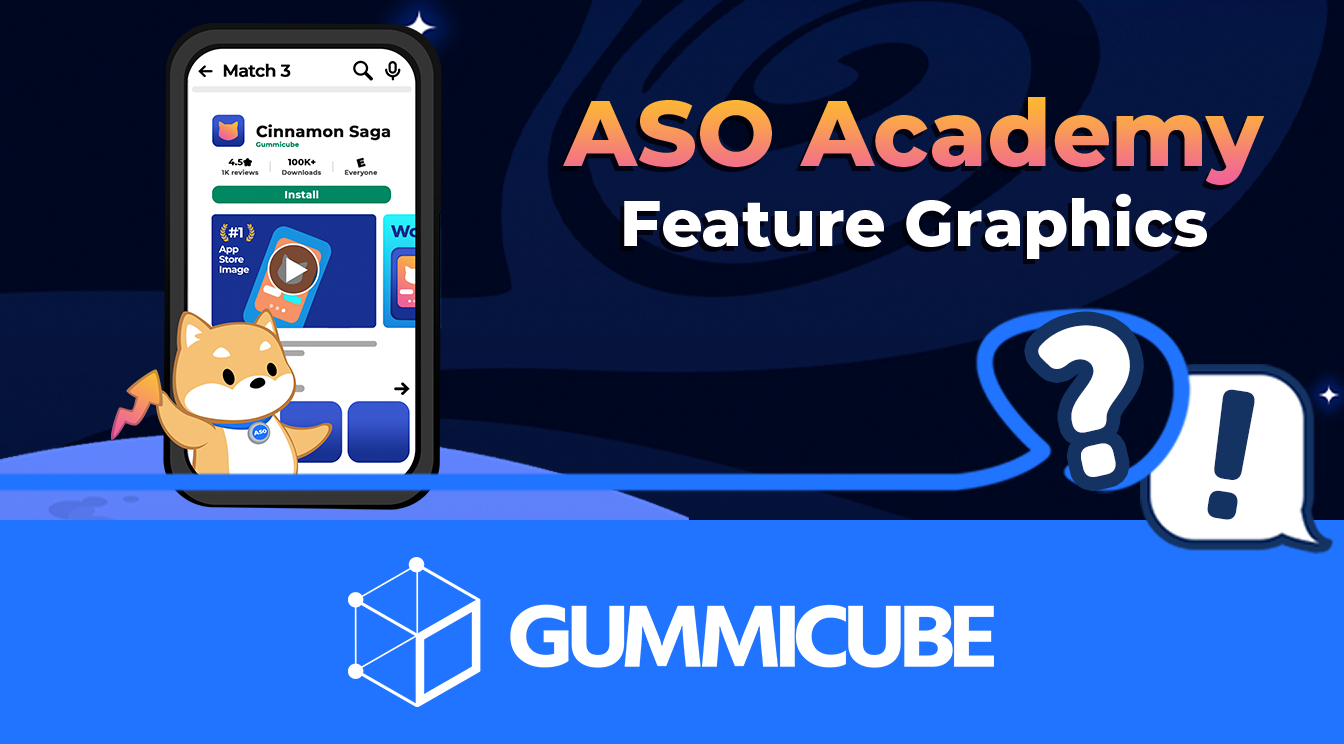 In today’s ASO Academy, we’ll be taking a look at a creative Google Play exclusive: the Feature Graphic. While this creative app store asset may seem insignificant at first, developers are often unaware of the huge effect they have on conversion and audience engagement. If you're looking to further your creative App Store Optimization strategy to increase conversion, a Feature Graphic might just do the trick. Let’s take a look at what a Feature Graphic is, some of its benefits and best practices.

What is a Feature Graphic?

What Are The Benefits of Having a Feature Graphic?

To have a fully realized creative App Store Optimization strategy, developers should look to maximize the impact of all of the available creative assets on Google Play.

A Feature Graphic may seem like a small and insignificant addition to your Google Play creative strategy, but even the smallest details can make a big difference in your conversion rate.

Like all creative assets on an app store listing, a Feature Graphic is also directly responsible for increasing conversion rates. To fully take advantage of their potential, there are a few ASO best practices each developer should follow to really make their Feature Graphic shine:

Branding, colors, and visual elements should be consistent with the overall look and feel of the app. Consistent and captivating visual flows convey subtle cues to the user that an app is of high value. Some developers rely on branded imagery in their Feature Graphic exclusively; however, branded imagery alone does very little to aid in conversion. Applying a simple value proposition, or a CTA in addition to branded elements empowers the user to take an actionable step towards a download. In short, don’t leave your user hanging – give them something to do.

3. Keep it Fresh with A/B Testing

Feature Graphics hold the ability to speak to users like no other creative app store asset. They can provide information and value in a brief and concisely laid out format. Developers only have a few seconds to capture the user's attention with a Feature Graphic, so keeping in mind best practices when researching and creating it is paramount. With the help of an ASO company that has years of creating and testing creative app store assets, creating an effective Feature Graphic doesn’t have to be difficult.