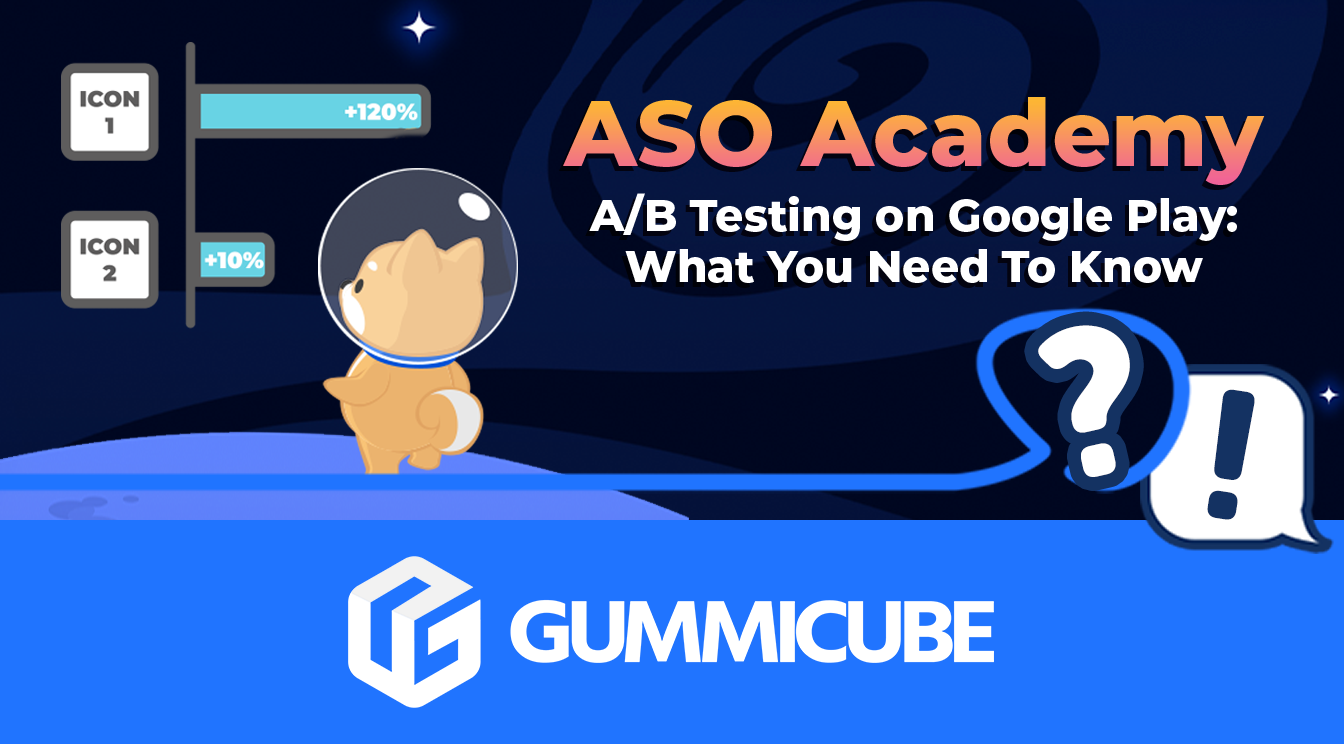 How can a Google Play developer maximize their conversion optimization potential? When it comes to App Store Optimization, there are conversion strategies that separate the novices from the pros.

A/B testing is the most effective way to optimize your app listing for better conversion over time. However, even to this day there are still plenty of app developers that find it difficult to execute tests effectively, or they forgo testing altogether.

If you’re one of these developers, then you are not alone. In this week’s ASO Academy, we’ll be exploring the native A/B testing platform on Google Play in depth.

We’ll also explore some of the limitations of the platform, what you can do to overcome them with ASO technology and our A/B testing platform, Splitcube.

Google Play Experiments is the longest-running native A/B testing platform available to mobile marketers and developers. Since its introduction in 2015, both Google Play and iOS app developers used Google Play experiments to test product page variants. While the iOS developer couldn’t rely on the data concretely, the results served as a performance baseline when native iOS testing features weren’t available.

Additionally, Google Play app developers can customize traffic distribution and run up to 5 localized experiments at a single time. However, metadata elements like the short and full description could only be tested in other territories.

Being able to differentiate between paid and organic sources of traffic is the cornerstone to understanding the effectiveness of either of their impact on your app.

Google Play Experiments provide developers with metrics that do not distinguish between paid and organic traffic flows and conversion rates.

External variables like user behavior, competitive landscape, and external traffic distribution channels could affect either of these metrics.

Being able to differentiate between the two allows developers to further refine their ASO strategy and lets them better gauge the impact of their campaign without conflating variables.

Given the limitations of native A/B testing platforms on both iOS and Google Play, developers need to look to other ways to supplement their known limitations and pitfalls.

Regardless of the platform, there are gaps in what metrics and insights these platforms provide. As stated before, there are a multitude of factors that contribute to full conversion optimization like metadata and creative synergy, reviews and more. However, we see now that native A/B testing platforms can’t account for the complexities and needs of the current app store marketplace.

More developers are expanding into multiple territories, releasing more frequent updates, and other expansionary activities to grow their apps. But the limitations on native A/B testing platforms offer less than ideal conditions to fully engage a sufficient conversion optimization strategy that suits their unique needs.

Our ASO company saw the discrepancies between the needs of developers and native A/B testing platform capabilities.

Gummicube’s external A/B testing platform, Splitcube, allows developers to surpass these limitations with data backed by true mobile insights derived directly from both app stores. With Splitcube, developers can test every single one of their app store assets from titles, creatives, and even app ratings and reviews.

A/B testing is one of the most effective and data-driven solutions to improving conversion rates. Running an A/B test can show developers what elements of their app listing perform the best.

Yet, even long-standing A/B testing platforms like Google Play Experiments frequently miss the mark in providing developers with the tools and insights they need to remain competitive on the app store marketplace. To significantly improve your conversion potential, external testing is essential, because there’s more to conversion than meets the eye!