Apple's A/B Testing: What You Need To Know 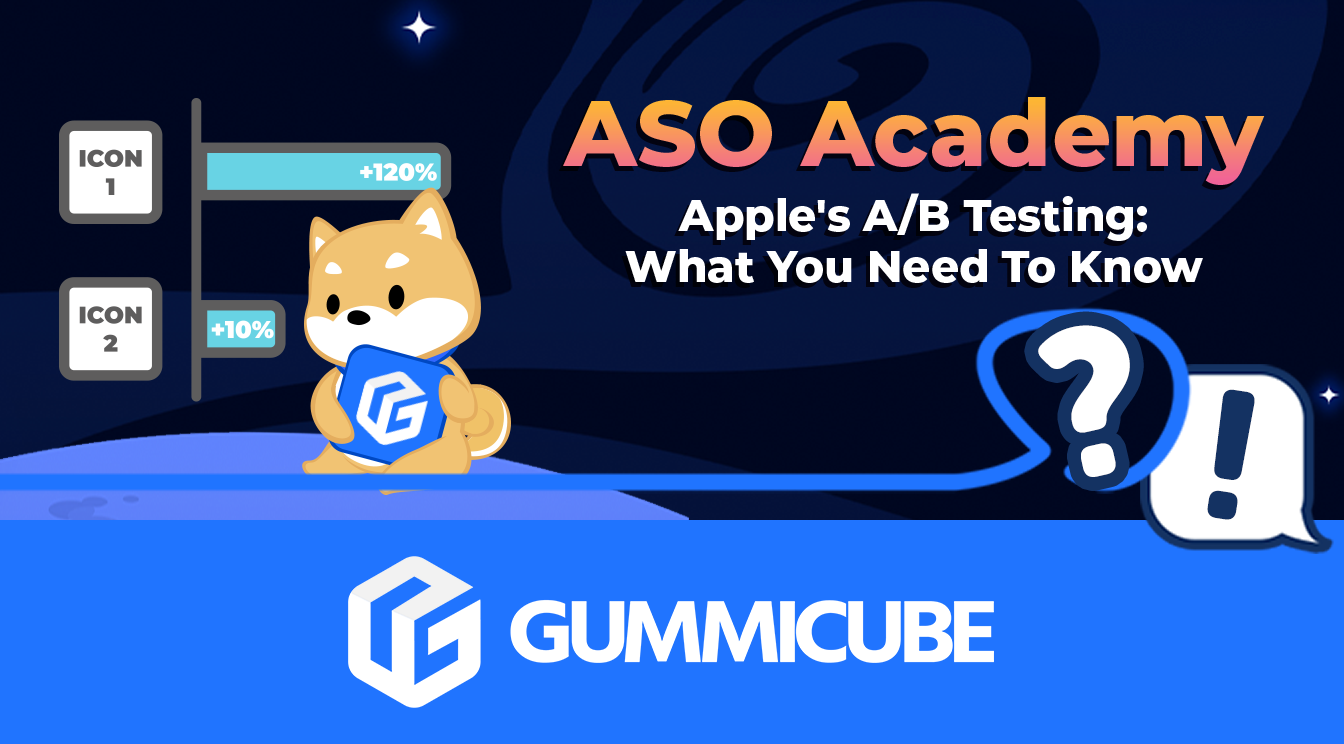 Conversion optimization is fundamental in the process of App Store Optimization. There are numerous ways a developer can optimize their app store assets to increase their conversion rate. A/B testing is the most effective way to optimize your app listing for better conversion over time.

In this week’s ASO Academy, we’ll be updating you on Apple’s new A/B testing capabilities with Product Page Optimization and Custom Product Pages from our previous blog. Now that we’ve seen these features in action, what do we know about their limitations and capabilities?

We’ll also explore some of the limitations of each and what you can do to overcome them with ASO technology and A/B testing platform, Splitcube.

Apple’s rollout of iOS 15 introduced a lot of exciting features for users and developers alike. For years, iOS app developers had to rely on ASA campaigns, Google Play Experiments, and other methods of A/B testing to test their app listing assets. These methods often yielded unreliable results or costly expenditures.

With Product Page Optimization (PPO), developers can test the following variations of their app listing

App developers can run tests for up to 90 days on PPO while monitoring valuable metrics like impressions, installs, and conversion rates. Developers can also select traffic proportions for each specific treatment and localizations for single international territories.

The list of testing capabilities seems a bit short, right? When PPO was first rolled out, many iOS developers thought so too. Successful conversion optimization relies on a multitude of factors and a synergy of all app elements.

PPO only gives developers a snapshot of their full conversion potential. Screenshots, app icons, and preview videos are important, but virtually no metadata elements can be tested with PPO.

The entire user experience on the App Store involves more than just creatives, so in the absence of metadata testing, developers face pitfalls in further conversion potential. PPO also only deploys treatments to users who currently have iOS 15 running on their phones – leaving out the 20% of the total mobile user base.

The App Store is making audience targeting easier with Custom Product Pages (CPP). CPP allows developers to create up to 35 unique app listings, all of which can be used to target specific segments with unique messages and creative assets.

With CPPs, developers can test the following app store assets for each page:

It’s important to note that CPPs are still not 100% customizable – metadata elements like the title, subtitle, and description cannot be altered with CPP. While not directly responsible for the conversion, app titles and subtitles still need to be relevant to the user regardless of the features they’re most drawn to.

That’s why testing metadata elements are just as important in the process of conversion optimization, even though metadata may not be as directly related to conversion as creative elements. Reliable ways of testing metadata seem a bit far out of reach given current native A/B testing options. There must be a better way to test… and there is!

Given the limitations of native A/B testing platforms, developers need to look to other ways to supplement their known limitations and pitfalls.

More developers are expanding into multiple territories, releasing more frequent updates, and other expansionary activities to grow their apps. But the limitations on native A/B testing platforms offer less than ideal conditions to fully engage a sufficient conversion optimization strategy that suits their unique needs.

Our ASO company saw the discrepancies between the needs of developers and native A/B testing platform capabilities.

Gummicube’s external A/B testing platform, Splitcube, allows developers to surpass these limitations with data backed by true mobile insights derived directly from both app stores. With Splitcube, developers can test every single one of their app store assets from titles, creatives, and even app ratings and reviews.

From keyword optimization to A/B testing, all serve a vital role in improving and sustaining conversion on the app store. Moreover, A/B testing is one of the most effective and data-driven solutions to improving conversion rates. Running an A/B test can show developers what elements of their app listing perform the best. However, to properly conduct an A/B test, developers must first understand how each A/B testing platform works, what they offer, what limitations they pose, and how to address them.