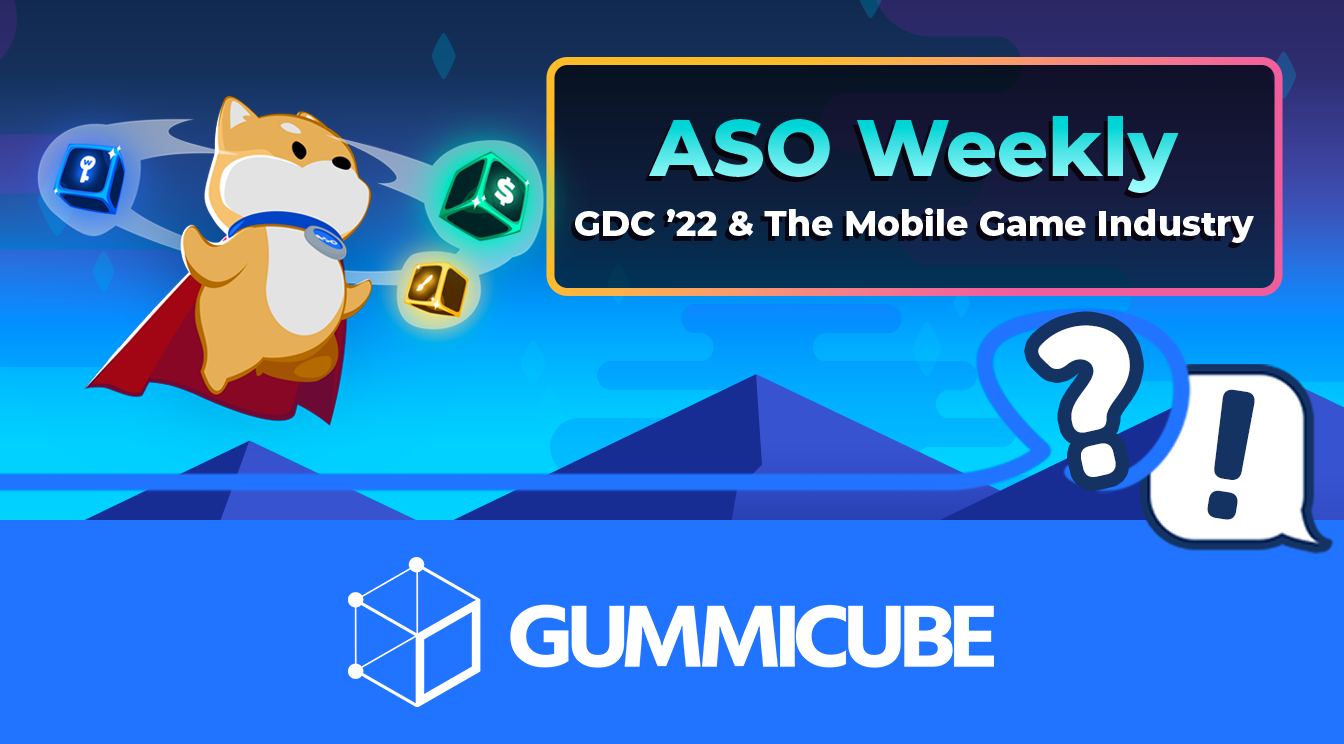 Stop by our booth #S669 at GDC, and chat with the experts from #1 App Store Optimization company in the world, Gummicube.

With over 200 exhibitors, this year’s GDC conference will be packed with new and exciting developments the gaming industry has been waiting to learn about all year.

The gaming industry has never been known to stand still – and the COVID-19 pandemic proved that in more ways than one. Since GDC last met in-person 3 years ago, there have been massive changes taking place within the industry and video game consumption.

Mobile gaming has taken the world by storm since the beginning of the COVID-19 pandemic. People who otherwise might not have considered picking up their phones to play are now flocking to the app stores to nab popular game titles and unique indie games to play.

Reports show that from 2019 to 2020, users around the world spent nearly 300 billion hours playing mobile games.

It’s a global trend that shows no signs of slowing. Game developers and companies have been keen on making a swift transition to mobile game adaptation. Titles only previously seen on PC or gaming consoles are now widely available on mobile.

The mobile gaming industry is expected to grow at 13% compound annual growth rate from 2021-2026.

For game developers, this upward tick is hard to ignore. However, notoriety alone doesn’t guarantee success on the app store. With the massive flood of new mobile gamers in the scene, game developers need to enact an App Store Optimization strategy that can effectively capture new and familiar users.

Optimizing a mobile game requires consistent and innovative approaches to increase app store visibility and user conversion. While the holistic approach to ASO requires more than just a quick update to metadata and creative assets, there are a few quick tips all mobile game app developers should have in their back pocket:

These are useful tips to keep in mind, but a full ASO strategy requires a lot more than just a few quick pointers in the right direction. With the help of an ASO company with over 12 years of optimization expertise, developers can optimize their mobile games for long-term success in a rapidly changing and ever-expanding mobile gaming environment.

Remember to stop by and chat with us at GDC! Gummicube’s team of ASO experts will be there to answer all of your ASO questions!