McAfee Mobile Security is a multi-functional VPN app, protecting its users from device theft, unsafe internet connections, viruses and more. Users can immediately scan their WiFi connections, back up their contacts and even hide photos in a secure vault.

The goal of the initial release was to determine which categories of these keywords and phrases would be found most relevant for the app, monitoring keyword rankings closely to identify different patterns to build from.

Gummicube’s strategy resulted in an increase of top positioning for 54 high volume, relevant terms, including:
After this initial round of optimization, Mobile Security saw an increase in total ranked keywords, from 409 to 536.

From the increase in keyword visibility, Mobile Security saw an increase in their Organic search Impressions (users who see the app in the store from an Organic search) of 27.3%,  with Organic Search App Units (downloads) increasing by 9.9%

After optimizing Mobile Security’s search discoverability, Gummicube worked towards optimizing creative. Using DATACUBE, Gummicube worked to understand which terms Mobile Security was ranking highly for to include within the screenshots.
Of targeted terms, Mobile Security saw increased movement amongst “security” and “protection” related terms, indicating that both Apple and end-users were finding them relevant for those searches.
Gummicube also worked to understand how competitors ranked for similar terms were positioning themselves within the creative, and how those apps changed visually over time. 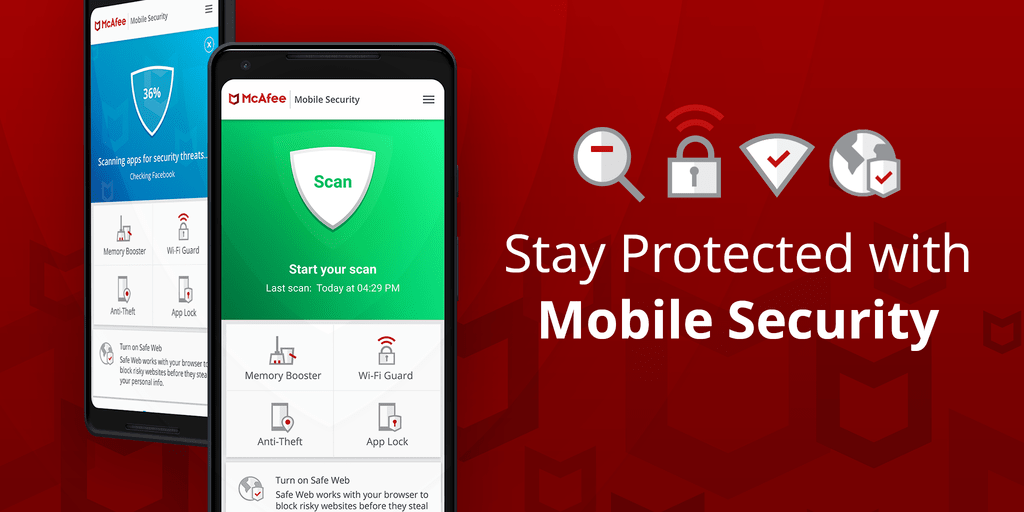 Screenshot copy was revised to place emphasis on these search terms, and to help users clearly identify the features within each screenshot.

These creative strategies were implemented within A/B tests for Mobile Security.
Gummicube worked with McAfee to coordinate the launch of testing.
After testing was complete, Mobile Security saw a projected increase of up to +13% in conversion rate. This indicated that users preferred the concise, feature-based creative copy over the marketing-friendly copy that Mobile Security had used previously.
Gummicube’s strategy resulted in an increase of top positioning for 54 high volume, relevant terms, including:

Following the A/B test, the screenshots were also deployed into the iOS App Store increasing conversion by 7%.

Through App Store Optimization and A/B testing, Gummicube was able to work together with McAfee to achieve an increase of 31.5% in keyword rankings, an increase of 27.3% in impressions, an increase of 9.9% in app units and 6.9% growth in conversion. These results were achieved in just the first 90 days of engagement.