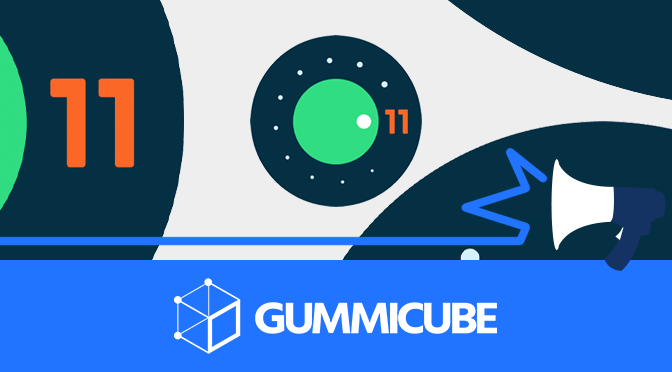 With Android 11 on the way, Google announced new security and privacy features users can expect to see after the update. These include new settings for location tracking, device access and authentication. App developers should be aware of these changes and consider how they will impact their App Store Optimization.

One aspect of app privacy and security that Google is changing for Android 11 is how permissions are handled. While Android 10 introduced permission settings that allowed users to limit location access to only when an app is being actively used, Android 11 adds new one-time permissions, auto-resets and control over background location usage.

Sometimes apps will need to access the device’s microphone, camera or location settings to use a function. While users are happy to actively allow it, there are often concerns about the app accessing it again without the user’s notice.

To fix that, Android 11 enables one-time permissions. When users are asked to grant an app access to the camera or location, they can select “Only this time” to ensure the app can carry out its functions without being granted unlimited access.

Android 11 will add this setting automatically, so developers will not need to change their apps in any way.

Normally, if a user grants an app permission to access a part of the device, that permission is permanent until retracted. Even if the user doesn’t access the app, the permissions remain.

That’s changing with automatic permission resets. If users haven’t accessed an app on Android 11 for “an extended period of time,” all permissions will be automatically reset. The user will also be notified, so they can grant permission again.

There are some apps that provide a passive benefit without being opened, such as spam call detection apps. For apps like these, developers can prompt users to go to their Settings and turn off the auto-resets, so the permissions will remain whether or not users are actively opening the app.

There are some apps that are helpful when they can run in the background, such as mileage tracking apps or family location apps. However, Google has stated that “there are very few legitimate use cases for apps to require access to location in the background” and will therefore require more deliberate action to grant background location data.

If an app needs to access location data while it’s running in the background, the system will first provide a prompt for foreground location, then users must grant a separate permission for background location. Users must go into Settings to manually grant that permission.

Additionally, app developers will need approval from Google before enabling background data access. Developers can submit their use cases for existing apps through the Play Console and will receive feedback regarding its compliance.

App developers should act fast to ensure their apps remain compliant and are not removed from the Play Store.

In addition to the permission changes, Android 11 introduces new APIs that developers can use to help make their apps more secure.

One of the new APIs on Android 11 grants transparency into app usage of private and protected data. This will let apps track when the system records its access to private user data to help identify and rectify unexpected data access.

Developers can also help improve the security of their app with the BiometricPrompt API. This provides several improvements to biometric authentication, including more support for auth-per-use keys.

These are useful for protecting valuable transactions, such as through banking apps or apps with access to health records.

Google is also working on a way for developers to integrate identity credential APIs. This will enable a digital-first experience for identifying documents such as driver’s licenses and National IDs.

Google’s security team is working to ensure information is secured safely and in compliance with government agencies. This will be helpful for apps that require or provide important identifying information, such as insurance apps.

There were a number of other upcoming changes announced, including:

You can learn more about all the upcoming changes in Android 11 from Google here:

The changes to Android 11 can have an impact on app usage depending on what permissions the apps require, how they use location data and the level of identifying information they utilize.

Developers should pay close attention to these changes and consider how they will impact their apps, then prepare accordingly for Android 11.