App Developers Try to Trick the App Store with Copies 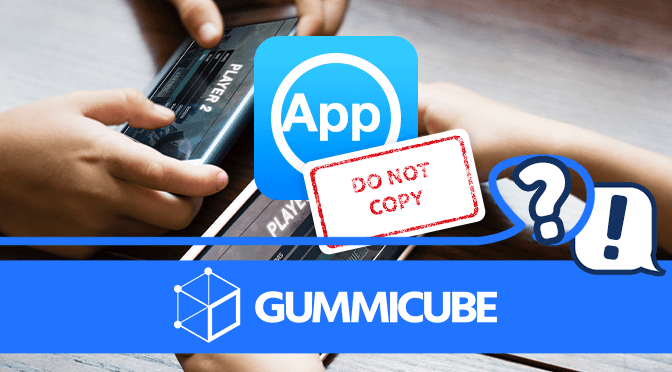 The App Store and Google Play Store are filled with millions of apps, making the app environment intensely competitive. Some virtual phone app developers have attempted to get a leg up in the App Store by posting several versions of the same app with minimal differences. These apps managed to avoid detection for some time, but they were recently found to be in violation of the App Store Review Guidelines and were subsequently removed. This serves as a valuable lesson in why proper App Store Optimization is more important than loopholes and tricks.

TechCrunch recently revealed that several VoIP apps had created duplicates with which to spam the Apple App Store. While the apps featured some minor differences in their App Store listings, such as modified icons and promotional text, the codes for the apps were nearly identical. Some even used the same screenshots and callout text, changing little more than the background colors.

The developers used a variety of methods to post copies of their apps. One attempted to post an identical app in three different categories on the App Store (social networking, productivity and utilities) with different keywords to try and expand its keyword optimization. Another varied its messaging and targeting across each app to reach a different audience with each one. Another still used two different accounts to post apps with different store listings and descriptions and slight visual differences, but they were otherwise identical.

When contacted, the developers provided different reasons as to why their apps were different. One stated: “They share the same code base, but we can activate or deactivate some features in order to differentiate the apps.”

The report found at least four instances for VoIP app developers attempting this, although it’s not isolated to calling apps alone. A follow-up uncovered similar cases for other apps, such as several photo printing apps owned by the same developers. Each one used different names and keywords, but the functions were the same across all of them.

“Don’t create multiple Bundle IDs of the same app. If your app has different versions for specific locations, sports teams, universities, etc., consider submitting a single app and provide the variations using in-app purchase. … Spamming the store may lead to your removal from the Developer Program.”

In this case, the developers tried to make small changes to differentiate each of their apps, but the overall functions were identical. For instance, the apps that shared the same code but had different features turned on or off could easily be provided as a single app with the features made optional for users. That would provide the same functionality as each of the different apps without making the same listing twice.

“Come up with your own ideas. We know you have them, so make yours come to life. Don’t simply copy the latest popular app on the App Store, or make some minor changes to another app’s name or UI and pass it off as your own. In addition to risking an intellectual property infringement claim, it makes the App Store harder to navigate and just isn’t fair to your fellow developers.”

This applies not only to copying someone else’s app, but copying a developer’s own app. Apple recently swept the App Store to reject apps that were too similar to existing ones, in order to allow space for more unique and interesting apps with distinct features.

As a result, at least ten copycat apps have been removed from the App Store. Some developers have managed to re-upload one or two, but they will need to begin indexing for keywords and improving their rankings all over again.

These developers attempted to use loopholes and oversights in Apple’s reviews to improve their chances of success in the App Store. The idea is that the more apps they have, the more keywords they can target and the more users they can reach. While ranking for multiple keywords is an important part of App Store Optimization, it cannot come at the cost of violating the App Store Guidelines.

Rather than creating multiple copies of the same app with different focuses, developers should make sure their apps target the most valuable keywords that relate to their app. Researching the keywords that users are searching for and focusing on them is more effective than throwing out multiple keywords without regard to their value. At best, that would result in several apps that rank moderately well for a number of keywords, whereas a single, optimized app with high rankings for the most valuable keywords can provide better results.

A/B testing to determine what variants perform best is more effective overall than having multiple apps with slight variations live at once. If the apps that used slight variants in their creatives and keywords were to instead test which variations performed best and integrate the most effective results into a single app, they could achieve greater success without violating the App Store Guidelines.

In the end, posting copies of the same app is not only a guideline violation, it results in a developer’s apps competing with themselves. For the best results on the App Store, you’ll want your app to be fully optimized to stand out on its own, rather than throwing out multiple apps without optimization and hoping one sticks.