Google has recently announced that it will cut its App Store Tax for developers making less than $1 million, in a move similar to one made by Apple late in 2020.

For the first $1 million in sales per year made by a developer, Google will only charge developers 15%. After this threshold is passed, the fee moves back up to the long-standing 30% rate.

Starting on July 1, 2021 we are reducing the service fee Google Play receives when a developer sells digital goods or services to 15% for the first $1M (USD) of revenue every developer earns each year. With this change, 99% of developers globally that sell digital goods and services with Play will see a 50% reduction in fees. These are funds that can help developers scale up at a critical phase of their growth by hiring more engineers, adding to their marketing staff, increasing server capacity, and more.

Google’s announcement cites the reason for this shift as part of its continued mission to help developers in their quest for growth- including access to marketing tools, data analytics in the Google Play Developer Console, various educational hubs, among other resources and programs run.

It is undeniable that Google provides developers of all sizes with useful resources to create apps for their Play Store platform. That being said, it is also undeniable that this change comes at a time when 30% App Store commissions are the subject of heated debate.

Unwanted to them, Apple has taken on the role of the public face of the company doling out an App Store Tax. But Google is not so different- they have charged the same rate, for the same reasons. Google is no stranger to the legal proceedings that Apple has been under fire for, either. Recent court cases around the mandatory commissions do not use language specific to “the iOS App Store.” The language encompasses Apple’s iOS App Store, Google’s Play Store, and potentially other platforms.

North Dakota Senate Bill No. 2333, which was voted on in February but did not pass, would have required both Apple and Google to allow developers on their platforms to use payment processing methods other than than those of Apple and Google. The language is not specific to one company, and cites “Digital application distribution platforms” as follows:

"Digital application distribution platform" means a digital distribution platform for applications and services provided to a user on general-purpose hardware, including a mobile phone, smartphone, tablet, personal computer, and other general-purpose devices connected to the internet. The term includes a digital application platform provided or used only for a certain type of device, including a certain grade of computing device, a device made only by a particular manufacturer, or a device running a particular operating system

While Apple made their move to decrease payment much earlier, in part due to larger relative public scrutiny, Google has followed suit. Apple’s changes came into effect earlier this year, and Googles will starting in July of this year.

At a glance, the changes seem identical. Apple had a 30% commission that it lowered to 15%; Google had a 30% commission that it lowered to 15%. Both increases to 30% kick in once the $1 million mark is hit. The key difference in Apple and Google’s programs is that Google’s applies to all developers, up until they reach the $1 million mark; Apple’s program is specifically for “small businesses”, which make up to $1 million in revenue from sales within the App Store per year. Google cites the following reason for its decision:

While these investments are most critical when developers are in the earlier stages of growth, scaling an app doesn’t stop once a partner has reached $1M in revenue — we’ve heard from our partners making $2M, $5M and even $10M a year that their services are still on a path to self-sustaining orbit. This is why we are making this reduced fee on the first $1M of total revenue earned each year available to every Play developer, regardless of size. We believe this is a fair approach that aligns with Google’s broader mission to help all developers succeed. We look forward to sharing full details in the coming months.

The App Store Tax has been a hot topic for both Apple and Google for quite some time now. Continued legal proceedings on whether or not the practice is legal are ongoing, with results currently varying from state to state. It is still unclear how things will unfold as battles are fought in courtrooms close to home and around the world- but for now, developers on the Play Store can plan to adjust their app development and marketing efforts in the second half of 2021, given the increased revenue they will be able to keep after July. 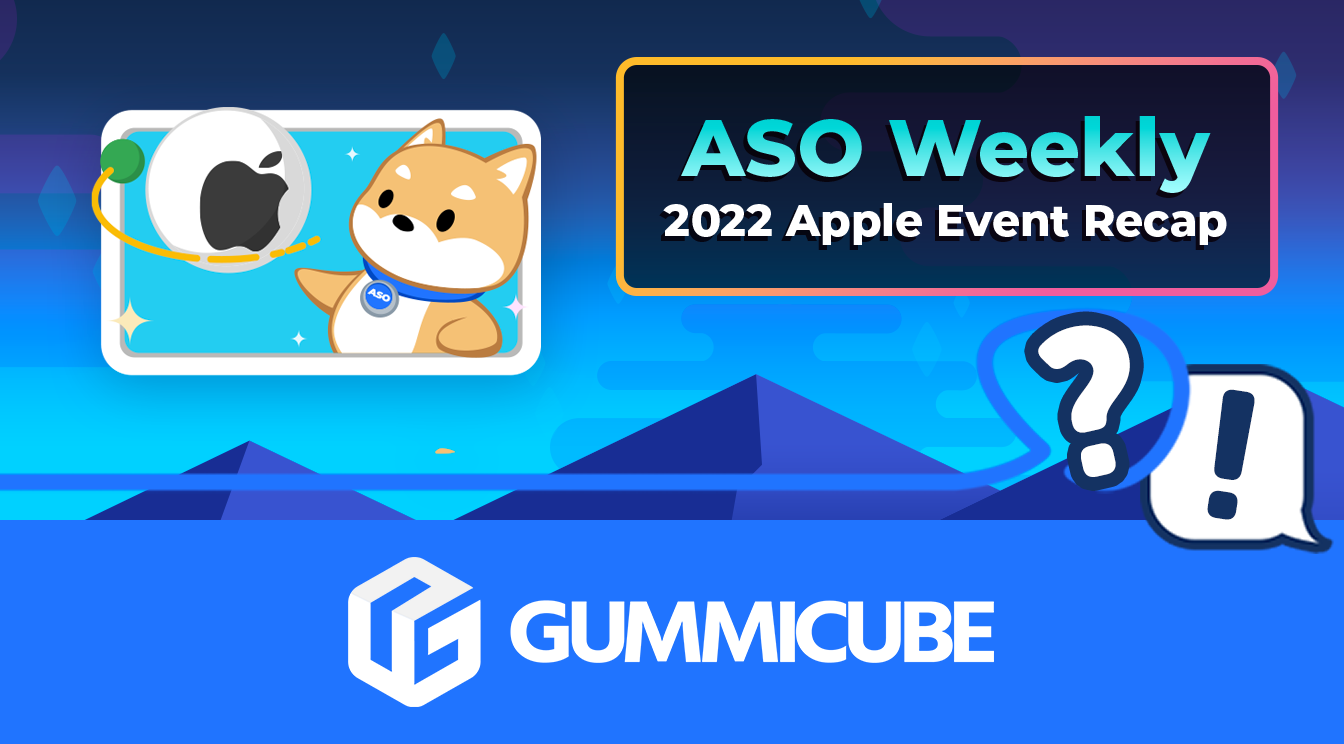 Are you feeling "Far Out"? Check out this week's ASO Weekly News covering the September 7th Apple Event.

On May 11th, 2022 the Google I/O developers conference introduced several new changes to their app store experience. Many of these new updates could spell exciting things for your [App Store Optimization](https://www.gummicube.com/) strategy.