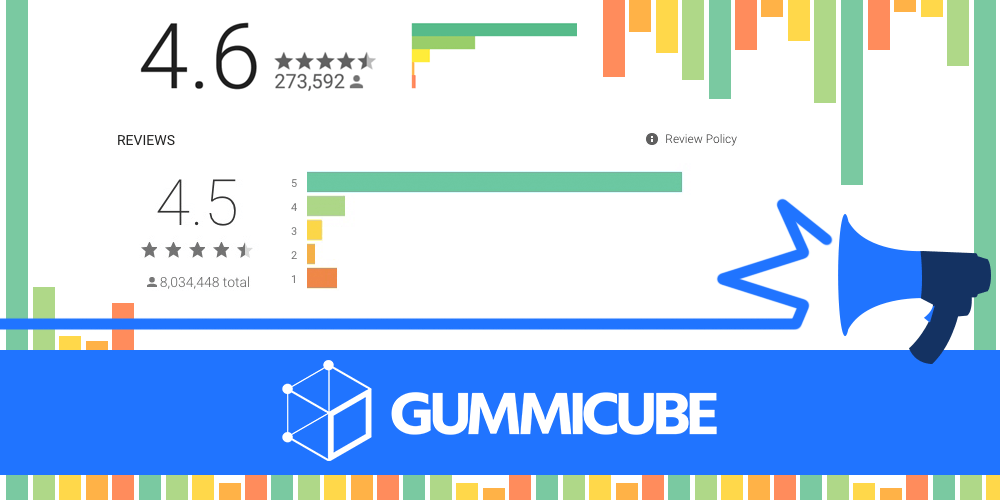 Google has been testing out new updates for the Play Store, occasionally rolling out changes for users or rolling them back to make further adjustments. One important change is the update to the “Ratings and Reviews” section. It’s important to understand what this change is and how it will impact the effect reviews have on App Store Optimization.

As the change is currently being tested, not all devices will see a difference. For those that are seeing the new “Ratings and Reviews,” though, they can see some significant differences. For starters, the bars showing how many ratings of each star have been changed, making them less colorful but more pronounced for each number. Underneath that, the feature ratings for aspects like Gameplay, Graphics and Controls remain, but they’re reduced in size. The number just follows the topic, rather than being placed inside a large circle designed to show how close to 5-stars each one is. Review highlights have been removed as well, replacing the snippets of key phrases with a smaller section listing phrases “Most mentioned in reviews,” such as “great time killer” or “beautiful graphics.” This makes it require less scrolling to find the full reviews themselves but still provides a good snippet of what to expect. Perhaps most significantly is the ability to filter reviews by number. Previously, users could only filter by “Most helpful first,” “Newest first” and “Highest rating first” but allowing them to filter out certain high or low ratings can help them navigate through the reviews section. For instance, if an app has a large amount of five-star and one-star ratings, users can filter to just view those to see why there is such a divide between users, or they may want to skip through those and find the reviews in the middle for a more moderate take. Overall, these changes do make it resemble Apple’s App Store ratings & reviews design in many ways, but it does maintain some features that are unique to Google Play.

What Developers Can Do

Ratings and reviews have an impact on App Store Optimization, as negative reviews can result in decreased rankings and turn away potential users. This is unchanged, regardless of how the reviews and ratings are displayed. However, the ability to sort and filter reviews can be beneficial for developers if they practice good reputation management. If an app does have several negative reviews, users may want to look through them, which is easier with the filter. If they see the developer is consistently acknowledging and addressing the issues users bring up, this builds trust in the app and company behind it. The streamlined view of reviews will make it easier for users to look and search through them, so it’s important that developers keep an eye on their apps’ reviews. Even a negative comment can be turned into a positive experience with proper reputation management, which is now more visible with the filters and new formatting. User feedback is important for creating a great app as well as converting potential users. While the review section updates are still being tested, it’s important to keep an eye on the changes and be prepared to make the most of them.