WWDC 2018 Wrap-Up: What We Saw and What Developers Should Know 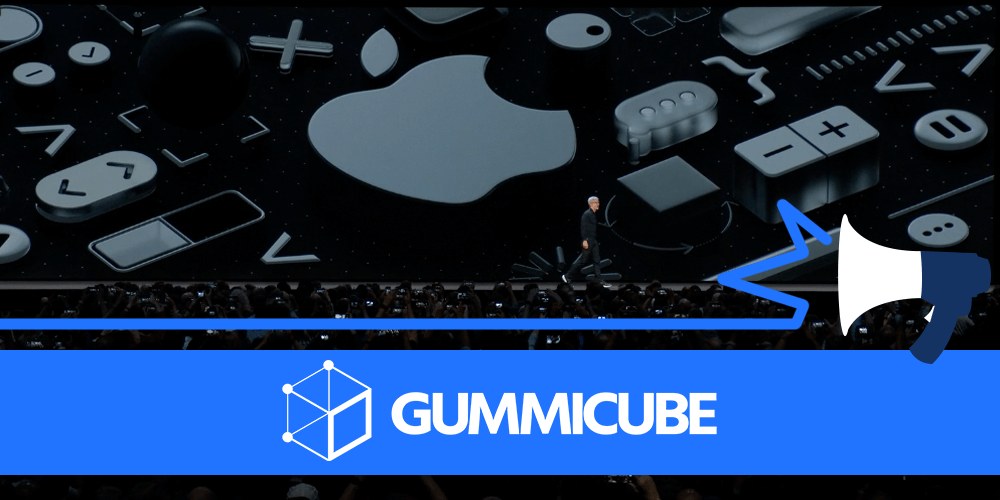 Apple’s WWDC 2018 has come to a close after a week full of announcements, events and seminars. The tech company announced several upcoming products and updates to iOS and Mac, which may impact the app ecosystem in the coming future. Let’s break down all the important announcements from WWDC 2018: iOS 12 It was no shock when Apple announced that iOS 12 will be coming to Apple devices later this year. In true Apple fashion, the company made the statement early on in their keynote presentation and claimed that iOS 12 will include enhancements to speed and performance even for older devices. The update also includes new features, such as:

Additionally, iOS 12 provides improvements to features such as ARKit and Siri, which developers can utilize when developing their apps. Enhancements that Benefit Apps

App developers will be able to take advantage of several changes in iOS 12. There are multiple updates to Apple’s tools and programs that will allow greater accessibility for and use with third-party apps. Siri, Apple’s virtual assistant, has been updated with new programmable shortcuts so that any app can give it quick access to functions. For instance, someone who frequently orders pizza through an app can add a function to say “Siri, it’s pizza night,” and Siri will automatically open the pizza app and place an order using the preset specifications. Apple has also introduced the ARKit 2, allowing for an improved augmented reality experience. Many apps are already embracing the potential of AR, and Apple demonstrated the capabilities of ARKit 2 with a LEGO mobile game. Additionally, the company worked in collaboration with Pixar to create a new file format for AR called USDZ, which can be used to place AR items in the camera and adjust their size to match real life. Navigation apps will also be able to take advantage of changes to Apple’s CarPlay. It now supports third-party navigation apps, so people can use their GPS navigator of choice, rather than having to rely on Apple Maps.

While Apple did announce updates to the App Store, the announcements were focused on the macOS version. No changes to the iOS App Store were announced, although developers with apps available on desktop and laptop computers will want to watch out for several changes. The macOS App Store is redesigned from the ground up, and now includes new stories of app successes, auto-play for videos, and new tabs for browsing by theme (Create/Work/Develop/Play). App Store product pages are also redesigned with video previews, rankings, and reviews placed front and center, as well as a new ratings and reviews API designed to make feedback easier. Developers will also be able to include three app previews, an app subtitle and up to ten screenshots on their product pages. While these changes will not impact the iOS App Store, it is still important to see how they affect apps on the macOS App Store. Developers with apps on macOS should ensure their preview videos follow ASO best practices and keep an eye on reviews to ensure customer satisfaction.

Apple has changed the name of iTunes Connect to App Store Connect, which also features minor redesigns and new Sales and Trends dashboards. This information will provide developers with even greater insight into an app’s performance. The Sales Overview page shows developers their top-performing apps, as well as in-app purchases ranked by units and sales. They can see how each purchase impacts their overall business, see which apps perform best in which territory and compare performance between in-app purchases. This provides developers with valuable data to see what consumers are responding positively or negatively to in each territory, so they can adjust their ASO strategies and app offerings accordingly. There’s also a Subscription Retention page, which includes a new graph to help developers monitor subscription performances, identify which ones are highest performing and compare retention rates across apps and territories. As with the Sales Overview, this provides key insights into consumer behavior, so developers can see what works and what doesn’t to adjust their ASO and apps accordingly.

As expected, Apple also announced the next version of MacOS: Mojave. There are several new additions to Mojave, designed to improve the user experience in both noticeable and subtle ways, including:

Conclusion While the biggest news from WWDC 2018 is the new iOS and MacOS updates, there is still plenty for app developers to prepare for. In addition to preparing for the changes iOS 12 will bring to devices, there are new opportunities in the forms of Siri, ARKIt 2 and CarPlay. Additionally, the changes Apple introduced to the newly named App Store Connect will allow developers to get better insights to their apps’ performances and prepare their App Store Optimization strategy accordingly. It’s safe to say that developers should start looking into the changes that Apple has made and prepare for the upcoming iOS update and macOS App Store redesign to adjust their strategies if need be.