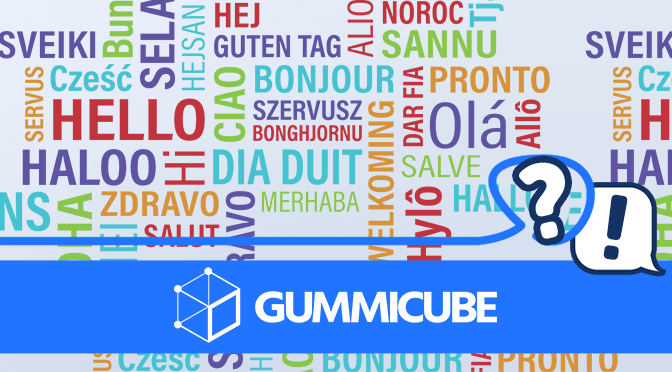 There are multitudes of apps on the market that can serve nearly every need, but with the great variety comes intense competition. Translator apps are a great example of apps with high competition and high demand – which means that App Store Optimization can be a deciding factor in their success. Here are some factors translation app developers should consider for their App Store Optimization strategies.

App Store Optimization involves identifying and targeting important keywords. For translation apps, it can be tempting to fill the keyword bank with every language it can translate. However, researching the most valuable keywords is essential.

While the world’s most spoken languages are obvious targets, identifying the volume of each one can help ensure the app targets the most valuable phrases. For instance, while Babbel Magazine identifies Lahnda as the 10th most spoken language, “Lahnda” as a search term has low volume. Including it in an iOS app’s keyword bank could result in the app missing out on terms that drive more traffic.

Developers should also consider the app’s functionality when choosing keywords. Does the app translate between multiple languages, or just one? Can it translate Swedish to French, or is it focused on translating English to another language? These can all help identify relevant keywords.

It’s also important to account for what the app translates. If it can work off of photos, speech or text-only, that will help determine what keywords to include.

Targeting a good variety of high-volume keywords can help an app appear in searches for a greater variety of terms. Each language keyword has different competition, so choosing the right targets is important for App Store Optimization.

Writing a good description is another key aspect of App Store Optimization. The description should tell users what makes the app better than its competition by providing information like:

App Store Optimization best practices advise using bulleted feature lists to make these easy to read. Users will typically skim a description while scrolling down it, so the important information should be emphasized and easy to see. For instance, including every language in a large clump of text may make it harder for users to find the specific language they’re looking for.

An app’s creative set is important for drawing users to the app in search results and convincing them to install from the app page. With translation apps, how can the screenshots show its UI and how it translates?

Screenshots can utilize callout text to highlight the app’s features and functionality while showing the interface and features. Showing aspects such as the number of languages, helpful features and examples of translations can all help improve conversions.

App Preview videos can be helpful when designed properly. For iOS apps, they must primarily use in-app footage, or may be rejected by the App Store Review team. Apps with features like voice and image translations can use the video to demonstrate how seamlessly they work. Google Play videos can use outside footage, so those videos can also show people using the app while talking or traveling abroad.

If an app has augmented reality features to translate things like signs and menus in real-time, the video and screenshots should showcase it. This is a key feature that relies on visuals, so demonstrating how it works can help drive conversions.

It’s important that the creatives are informative, visually engaging and showcase the app’s features. A/B Testing creative sets can help identify the aspects that perform best, allowing developers to see what elements work best for their app and iterate.

As a translation app can be used by people all over the world, it should be able to target audiences in multiple regions. Localization is an important aspect of this. If an app features a well-translated description in different languages, it will show users that speak those languages that the app is accurate.

Localizing creatives is also helpful. Using videos and screenshots showing translations into and out of the region’s local language demonstrates the app’s fluency.