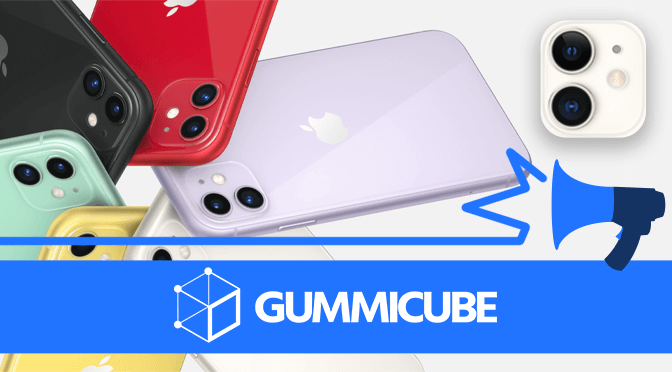 Apple has announced several changes to the App Store Guidelines in advance of the upcoming iOS 13 rollout. While developers will be able to submit their iOS 13 and watchOS 6 apps to the App Store, they’ll want to keep these guidelines in mind for their apps to be approved.

“Sign in with Apple” is designed as a useful way to let users sign into accounts on a wide range of apps and websites from a single account. Every account is protected with two-factor authorization, and no activity is tracked.

In order to ensure user safety, Apple has updated the App Store Review Guidelines for when apps are required to use Sign in with Apple. New apps must follow the guidelines, while older apps have until April 2020 to update accordingly.

According to the guidelines: “Apps that exclusively use a third-party or social login service (such as Facebook Login, Google Sign-In, Sign in with Twitter...) to set up or authenticate the user’s primary account with the app must also offer Sign in with Apple as an equivalent option.”

There are a few exceptions, such as for apps that exclusively use its own account setup and sign-in, so developers should check if their apps will need to offer it or not.

Apple has always required apps to contain their core features and functionality within the binary of the software, but it is narrowing the exceptions to the rule. Apps can only contain or run code not embedded in the binary, such as though HTML5-based games, if they meet several qualifications.

Most notably, an app that uses HTML5 cannot “provide access to real money gaming, lotteries, or charitable donations.” This will impact a number of casino and giveaway apps, so any such apps should check to ensure they’re compliant with these guidelines.

New apps must follow these guidelines upon submission, while existing apps have until March 3, 2020 to comply.

The company is allowing users to submit an MDM capability request for their apps. The test is designed to “evaluable how the app will use MDM in order to prevent abuse and ensure that no data is shared with third parties.”

Apple recently updated its policy regarding advertising for kid’s apps. The policy change has expanded to provide further protections, but Apple is also working with developers to help them transition to full compliance.

According to Apple: “When parents visit the Kids category on the App Store, they expect the apps they find will protect their children’s data, provide only age-appropriate content, and require a parental gate in order to link out of the app, request permissions, or present purchasing opportunities.”

App developers should check the App Store Guideline sections 1.3 and 5.1.4 to ensure full compliance. New apps must be compliant upon submission, while existing apps have until March 3, 2020. Apple is working with some developers of existing apps to help them properly comply.

All these changes are being announced with the upcoming release of iOS 13, due out on September 19th. The new operating system enables Dark Mode, Sign in with Apple, and updates to ARKit 3, Siri and more. Apple is now accepting submissions of apps built for iOS 13.

Developers are encouraged to build their apps using Xcode 11 GM seed, test the apps and submit them for review. All new apps and updates will need to be built with the iOS 13 SDK as of April 2020 and support the all-screen design of iPhone Xs Max or later.

Similarly, watchOS 6 will be made available soon as well. watchOS developers are also encouraged to build their apps with the Xcode 11 GM seed and submitted for review. Keep in mind that apps can now be distributed without the need for a companion iOS app.

When developers submit their new apps or updates for iOS 13, they should include an updated App Store Optimization strategy to go with it. The new iPhones and iPads recently announced use the same screen dimensions as existing devices, but developers will still want to ensure their screenshots look good with the higher pixel density. Any new features for iOS 13 should also be called out.

It’s important for apps to comply with the new guidelines and restrictions. Developers have time to test and update their apps accordingly, but they should not drag their feet on this.

If an app is not in compliance, it is at risk of rejection and removal. This will provide its competitors with an opportunity to snatch the potential users the app has lost, while the removed app will lose all its keyword rankings and indexation.

These updates will impact a number of apps. Real money apps, charity apps, children’s apps, screen time management apps and any apps with social logins will all need to check for compliance or risk removal. With the upcoming launch of iOS 13, it’s important to ensure the app is updated and optimized for the App Store.