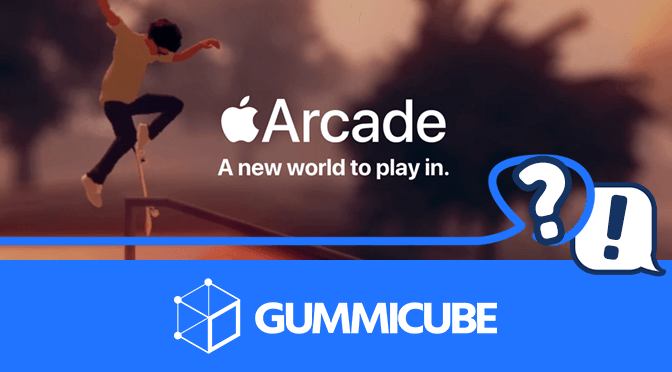 Apple Arcade, the App Store’s subscription game service, provides users with unlimited access to over 100 games for the price of $4.99 a month. Yet Apple can afford to be choosy, as it's cancelling several Arcade game contracts in the company’s effort to maintain subscribers.

App developers, especially developers hoping to make mobile games on Apple Arcade, need to understand why these games are being removed and how App Store Optimization can help their chances at success.

Each month, Apple releases new Arcade games that subscribers can download and play without ads or in-app purchases, as part of their subscription.

Apple Arcade games are made specifically for use exclusively through the Arcade, based on contracts between Apple and the developer. This means Apple invests in the games, as well as the right to pull the plug on them.

Recent reports indicate that Apple has been cancelling several of those Arcade game contracts. The developers were told their upcoming games didn’t have the level of “engagement” Apple is looking for, as the company is seeking games that will keep users subscribed beyond the free trial.

What kind of games does Apple want for the Arcade? According to reports, mobile game developers that spoke with Apple are given Grindstone as an example. This is a puzzle-action game with a multitude of levels, which encourages users to keep playing and progressing over time.

Looking at Grindstone, we can see some key traits:

These are notable elements that can result in high user engagement. While the Apple Arcade wouldn’t succeed if it were nothing but puzzle games, it does indicate that games with a large number of levels that can be enjoyed at a casual pace may be less likely to be cancelled by Apple.

When a developer launches an Apple Arcade game, they need to compete with the other games available on the Arcade to reach users and gain the engagement that Apple is looking for. This requires App Store Optimization.

Apple Arcade games will appear in App Store searches, the same as any other app. The main difference is that they have an “Apple Arcade” tag above the name and a “Try it free” button instead of “Get” for users who are not currently Arcade subscribers.

What this means is that app developers will still need to optimize, even if they’re included in Apple Arcade. Their games will still need to rank high for keywords in their category and feature creative elements and descriptions that will convert users.

If users don’t discover and download a game, there will be little to no engagement regardless of their subscriptions.

Developers can also look at the Arcade to see how users respond to certain games and categories. If we see what Arcade games are considered engaging enough, we can gain more insight into user trends that can be helpful for App Store Optimization.

Apple pays Arcade game developers for their game and the license. Naturally, developers will want their games to succeed – this can open up more opportunities for future work with Apple and a wider audience for their non-Arcade games. ASO can help developers and their apps both in and out of Apple Arcade.

What This Means for the Arcade

The change in contracts may be a worrying sign for Apple Arcade. If the company is struggling to find games with a certain level of “engagement,” it stands to reason that the existing catalogue of games is not doing enough to maintain users.

It is also important for developers to understand their usage metrics. Since Apple is choosing which Arcade games to keep based on engagement, rather than downloads, this can influence the types of games the company will license moving forward.

Developers whose mobile games have frequent and recurring sessions may be in a stronger position than their competitors.

Linear story-driven games that users play then leave afterwards may see less of a demand than games with replayable levels and content, since those are designed to bring users back day after day. Mobile game developers should consider this carefully when designing their games.

The mobile game market continues to thrive, so Apple Arcade can still present a great opportunity for Apple and game developers if the games can reach and engage users.

The importance of App Store Optimization for user engagement should not be overlooked, whether it’s for Apple Arcade games or a mobile app on the App Store.