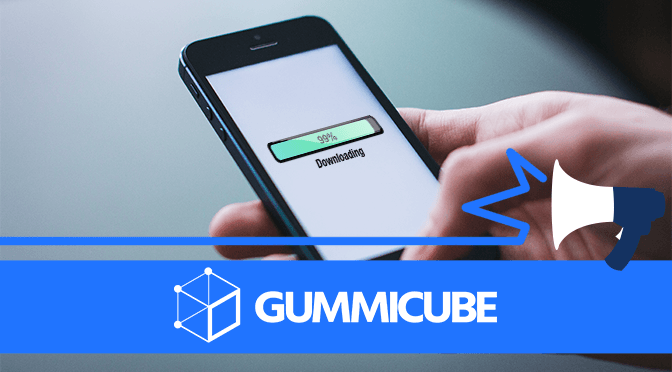 Often times, users open an app or mobile game they’re eager to use, only to have the app say “Downloading… 1%” at the start screen. They wait, watching the download bar slowly progress, before the app finally finishes launching while a few hundred megabytes larger than anticipated. While this is often times necessary for an app to properly update or run, Apple does place guidelines on how these downloads are prompted and may reject an app if it does not follow them.

While Apple does not disallow downloading external data as a whole, there are some specific restrictions placed on it. In section 4.2 of the App Store Review Guidelines, Apple lays out the rules for external installations:

(i) Your app should work on its own without requiring installation of another app to function.

(ii) Make sure you include sufficient content in the binary for the app to function at launch.

(iii) If your app needs to download additional resources, disclose the size of the download and prompt users before doing so. Existing apps must comply with this guideline in any update submitted after January 1, 2019.

This primarily impacts mobile games, which often need to download additional resources such as new levels, characters, voice files, items and so on. While they can still prompt users to download that data, users should still be able to play the game at its launch without needing to immediately download anything.

If an app fails to meet these guidelines, whether it requires extra downloads at launch, requires another app to work properly, or simply doesn’t prompt the user to agree to the download, Apple will reject it from the App Store. What developers can do from there will vary depending on the cause.

If the app requires a download prompt, there are resources that can be utilized to add it with ease. Simply adding a “Download data” prompt with an “OK” button and the size of the data can suffice.

If it is a matter of not running on launch without extra downloads, the developer can add the extra data to the app before putting it on the store. This may run the risk of making the file size particularly large, or it could require a major change to the engine.

In the case of apps that require another app to be installed, more drastic reworking may be necessary. If there are functions of the outside app that yours requires to work properly, consider adding them to your app to eliminate the need for the other one. If the app is designed to complement or enhance an existing app, it could instead be done as an upgrade or downloadable content for the other app.

In some of these cases, it may be necessary to change the app in ways that will require new testing and programming. This can be problematic for apps on a tight release schedule, so developers must keep these guidelines in mind early on when developing the app.

In the case of repeated rejections, it is always acceptable to schedule a call with a reviewer in the resolution center. They can provide you with more specific information and work with you to clarify and resolve issues.

For apps rejected before going live on the App Store, failure to meet these guidelines can mean the app’s launch is either delayed or never happens at all. It goes without saying that an app that never launches cannot be optimized, but a delayed app can still result in unhappy customers if they were anticipating an announced launch date.

If an app is live on the App Store and fails to meet the guidelines with a new update, it could result in its removal. In addition to the potential downloads lost during its downtime, being removed from the store has a negative impact on all the keyword rankings the app has accumulated up to that point – it essentially has to start from square one and build its rankings up again once it’s restored.

To avoid rejection or removal, it’s important to understand and follow all of the App Store’s guidelines. A single infraction can result in rejection, so the rules must be kept in mind while designing the app. If something goes wrong, it’s possible to work with an Apple representative to work out a solution, but for the sake of App Store Optimization, it’s best to avoid infractions in the first place.