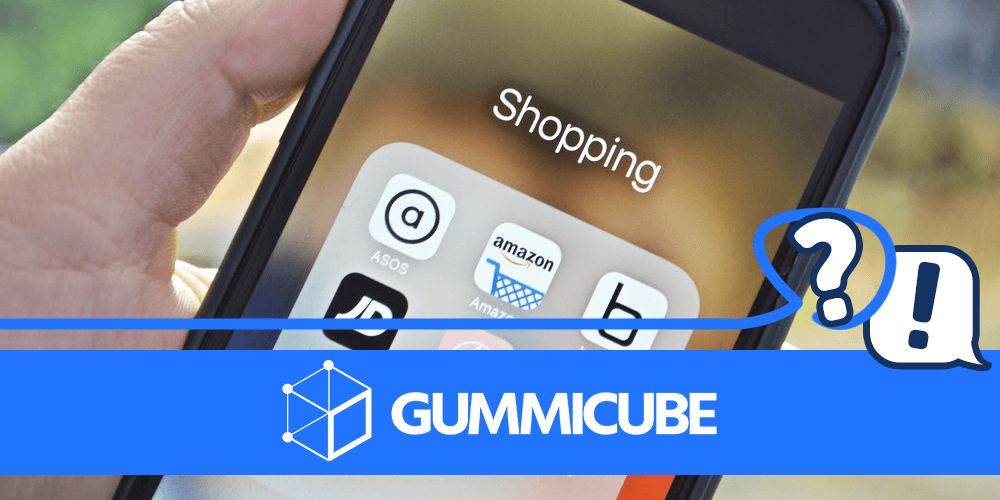 Black Friday is well underway, and consumers are busy buying both in-store and online. Shopping apps have been preparing all month for this day, as well as the upcoming Cyber Monday, knowing that ranking high in the App Store and Google Play Store search results for that keyword can be very beneficial. App Store Optimization is the key to earning those high search rankings, so with that in mind, we’ll take a look at how shopping apps have updated their ASO for Black Friday. 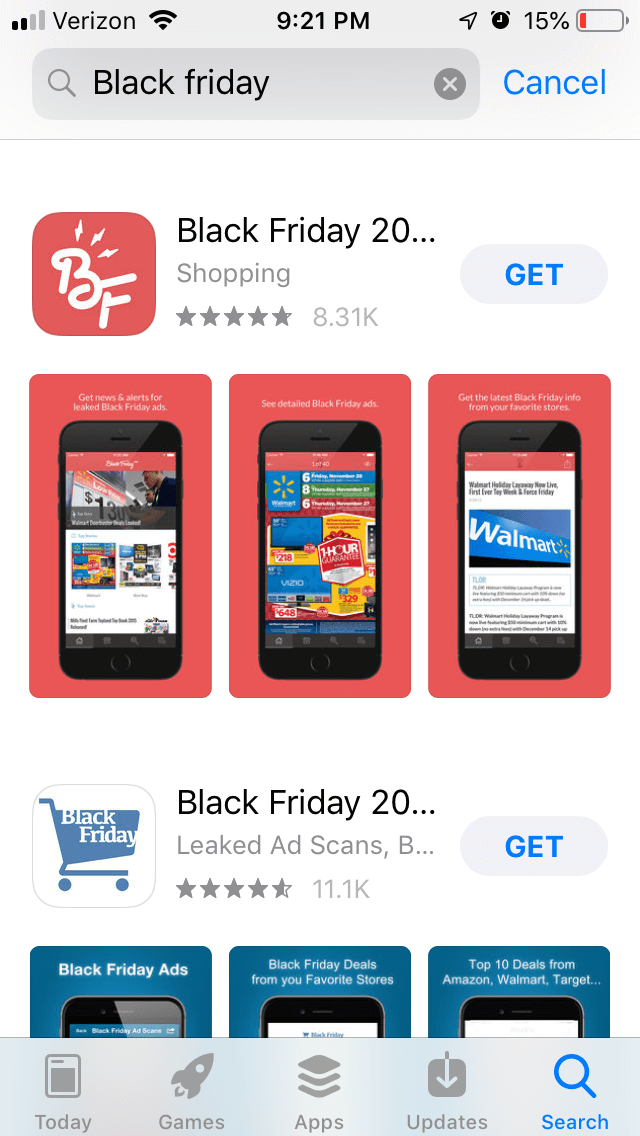 In addition to having “Black Friday” right in the title, it also utilizes the keyword multiple times in its description, as well as in the callout text on its screenshots. This includes variations such as “Black Friday sales,” “Black Friday shopping” and “Black Friday ads” to help its rankings for those keywords. As a result, an app that would be ignored for most other months of the year is currently the #4 app in the “Shopping” category. Other apps are also focused around Black Friday, such as “BFAds” and “TGI Black Friday.” These apps are built for and around the one day, so they’ll see high installation rates throughout the holiday season, followed by uninstallations in the weeks after, before being reinstalled again as Black Friday rolls around.

Several shopping apps are incorporating “Black Friday” keywords into their titles and subtitles, rather than just their keyword banks. These ensure that people will immediately see their connection to the day while searching, even if they serve more purposes than just Black Friday shopping throughout the rest of the year. “RetailMeNot,” for instance, is a shopping app that has updated its subtitle to include “Black Friday Deals & Coupons.” As such, the keyword is included in its keyword bank while remaining highly visible to anyone browsing the app store for Black Friday apps. The first few screenshots are also updated to call out its Black Friday deals, although the following screenshots show the app’s other functions.

Similarly, “Shopkick” has updated its title to say “Shopkick: Black Friday Deals.” The rest of the app’s page, including its description and screenshots, remain unchanged, but simply by putting “Black Friday” in its title it shows up in searches for the keyword. It’s currently the 14th highest app under “Black Friday” and the 12th highest for “Black Friday App.” If it were to focus its ASO strategy on further optimizing for “Black Friday” keywords by including it throughout the description and in the screenshots’ callout text, it could potentially rank higher for the term in search results. As these are shopping apps, they’re useful throughout the year, rather than just during Black Friday. As such, they want to capitalize on the day to bring in new users and downloads, then maintain them as customers afterwards. They’re using Black Friday searches to take advantage of the search trend to find and win over users for the long run, rather than just for the day. Even non-shopping apps can still utilize Black Friday keywords. “Shopping Mania,” for instance, describes itself as a “Black Friday Fashion Mall Game.” The app’s description frequently talks about shopping on Black Friday as part of its gameplay, utilizing phrases like “Get incredible Black Friday discounts.” This places it in search results for Black Friday apps, ranking as the 8th highest app under “Black Friday,” even if it’s not designed for actually shopping or finding deals.

When an app builds relevancy for “Black Friday” keywords through its description early enough to index for it and build relevance, a Search Ads campaign can help place it at the top of search results. For the maximum benefit, launching and modifying a campaign a few weeks before Black Friday can help give time for Apple to index the app and for developers to learn how their bids should be adjusted. If the metadata, creatives and bids are optimal, Apple Search Ads can help further compete on Black Friday terms during the holiday rush. For instance, “Drop” is running a Search Ads campaign for “Black Friday Deals.” Even though the app does not include Black Friday terms in its title, it may be targeting it in the hidden keyword bank, in addition to “Deals” in its subtitle. As a result of the Search Ads campaign, the app can effectively compete for top positioning in the iOS App Store. Similarly, the app “Slickdeals” does not include “Black Friday” in its title or subtitle, but may be including it in its keyword field, and does include it in the description and screenshots. As a result of its Search Ads campaign, it can still show up as the top result for “Black Friday” searches, immediately catching the eyes of any users looking for deals.

There are many aspects of App Store Optimization that can help an app rank for “Black Friday” searches. Integrating the keyword into its title and subtitle, description, keyword bank and creative sets will help place the app near the top of search results, while Search Ads campaigns can help target users searching for those terms. While Black Friday may just be one day a year, it’s a major day for retailers, both online and physical, so apps have a lot to gain by ranking for Black Friday keywords. With a proper App Store Optimization strategy, an app can excel in drawing in users searching for Black Friday deals, or for Cyber Monday a few days later. Without one, it will rest at the bottom of the discount bin.