The more specific advertisers can get in targeting their advertisements to audiences, the better they can deliver, test and optimize the ads and their target audience. No one provides better targeting options at scale than Facebook. With Facebook, advertisers can reach specific audiences based on where the live, their age, gender, what they read and share, what they like and about 1,000 other data points in a medium where they spend more time than watching TV. Facebook mobile advertising is big for Facebook, accounting for 74% of total Facebook revenues in 2015. 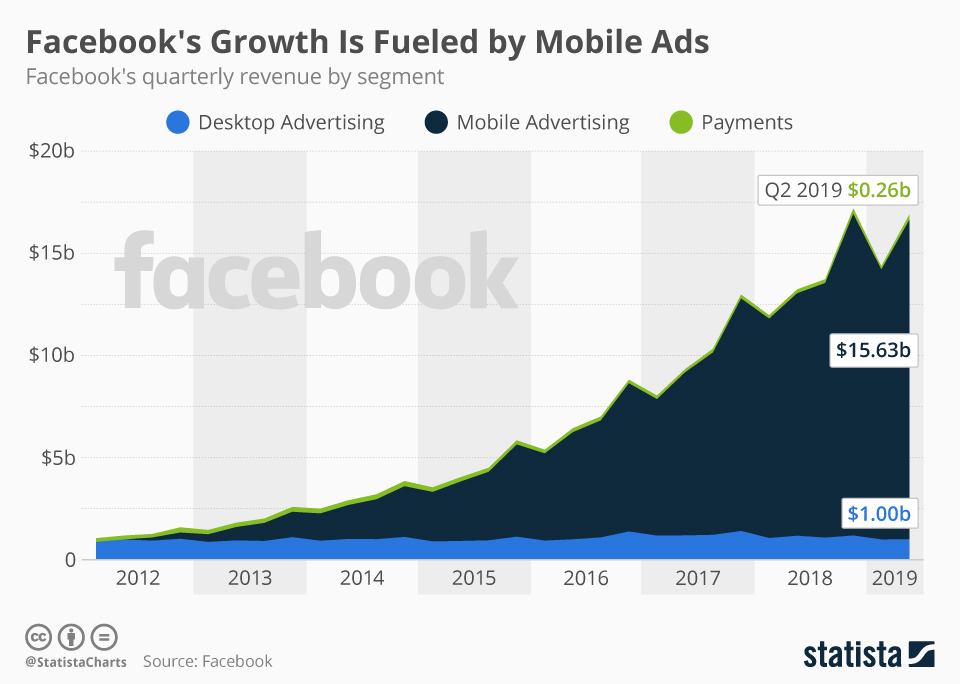 Advertisers can use Facebook to reach their target audience in two ways:

Advertising to Facebook’s mobile app news feed provides brands a significant opportunity to reach target users where they spend the most time. Facebook's mobile app is by far the biggest single app in terms of time spent on both iOS and Android, with "mobile-only" users almost 50% of total Facebook users.

A company like Macy’s that might run Facebook ads to reach an audience in the desktop news feed can now reach the majority of Facebook users - mobile users. Advertisers who want to reach their target market outside of Facebook, but still have access to all the amazing targeting Facebook provides can use the Audience Network. With the Audience Network, a click of a button in a campaign allows Macy's to reach hundreds of millions of users in other mobile apps.

The Audience Network is Facebook's mobile ad network - helping app publishers monetize their apps with native, banner and video ads while providing existing Facebook advertisers much greater reach. This is great news for app publishers selling ad inventory as the value of their inventory increases with new and more mobile advertisers. App publishers driving installs through CPI campaigns are seeing costs per install increase as they compete with non-mobile brands for mobile ad inventory. The Audience Network was introduced October, 2014.

The ad formats for Facebook mobile advertising are banner, interstitial and native.

For more, check out Facebook's case studies of both mobile publishers and advertisers.