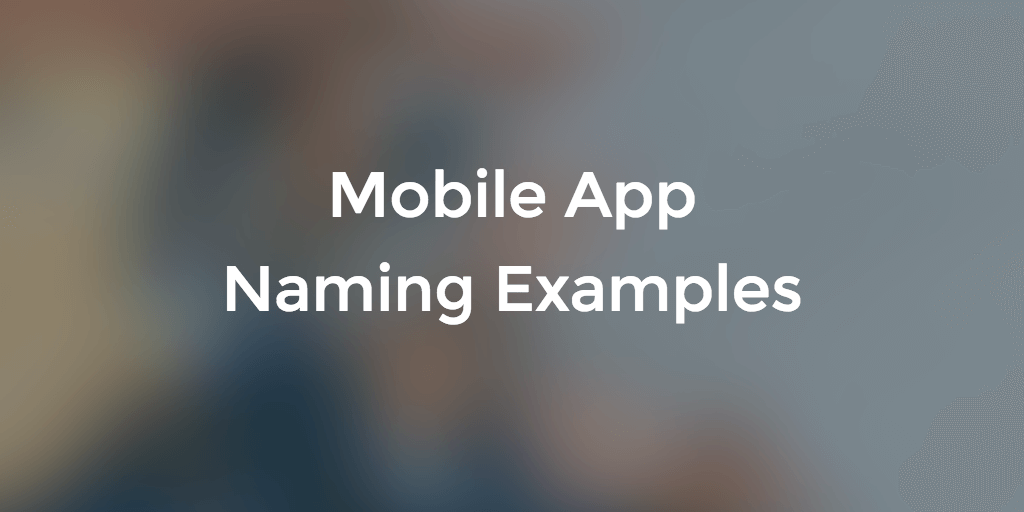 Shakespeare once inquired: “What's in a name? A rose by any other name would smell as sweet”. When it comes to mobile apps, however, names matter a great deal. There are many factors that impact app store rankings and user installs - from how the app is indexed to which searches Apple and Google deam an app a relevant result, and then conversion of search result views into installs and users. An app's name impacts all of these factors and often serves as the anchor for the rest of an optimized app store listing. Looking at the top apps in the store, not only overall but by category or niche and a few trends for naming appear:

Where You Want to Be

Ultimately, you want to be in a space that is automatically self-descriptive with your audience and needs no further expansion or explanation. Facebook or Starbucks would be good examples of this state of wide public awareness. There may well have been a time when it was necessary to explain that Starbucks sold coffee, but it is no longer the case. People hear "Starbucks" and they are fully aware of all the necessary connotations. The brand has victoriously engulfed the product it represents. Lofty goal right? A growing trend in the SEO space is to create your own keywords and then own them. Starbucks and Facebook are ubiquitous, but your app only needs to carve out a space in the niche you are targeting. Consider EasyUp. Easy to remember, easy to tell a friend, easy to spell, and broadly describes the function - without requiring searching for "upload images from camera roll to snapchat".

How Your App Marketing Strategy Gets You There

Some app marketers are clearly working to establish iconic status for their clients, so that they can gain the coveted position of being simply a name. Others are supporting a brand with a tagline that helps them to be discovered in search - which we strongly recommend! Looking at some recently touted music apps by way of example, TIDAL has elected to go with a strictly branded approach as its format.

While competitors such as Spotify and Pandora have both chosen to more-directly categorize themselves by making sure that the customer knows these are music apps. What TIDAL may gain in having a ultra-simple app name, they lose loads of potential organic traffic that instead is split among the music app optimized for music-related search.

Not All Apps are Marketed Equally

While music app marketers have a wholesale product to sell---music created by all sorts of other people---game developers have a retail product of their own creation to bring to market. This results in campaigns that are designed to make a more specific pitch to the public. Mobile games like Boom Beach or Mobile Strike are almost completely self-descriptive in a way that serves as an overt campaign for its potential audience. The intent here is not to establish the creator/publisher as a brand but for the creation to be able to stand on its own. It is highly likely that most players of the various mobile game apps are rather unfamiliar with the entities which created those games. Compare that approach with King - the makers of the Candy Crush series of apps. Candy Crush achieved iconic status, and the creators quickly sprung into action to offer a series of follow-up apps that are tightly bound to the original tentpole entry.

Everyone Can Play the Game

Of course, imitation has always been part of the marketing world. Not only does an Angry Birds spawn Angrier Birds, but it also midwives a host of emulators that will take every possible detour off the now-established brand name. An app that aims to confuse or misrepresent itself using another's brand name will get denied and may even impact the publisher account - but apps that supplement or complement other popular services would do well to mention them by name in the app name/title. In summary, there are basically three common approaches to naming an app:

When considering app store optimization, the second and third options have the biggest impact on indexing and ranking, but it can be helpful to step back and see what other apps are doing with success in the app stores.