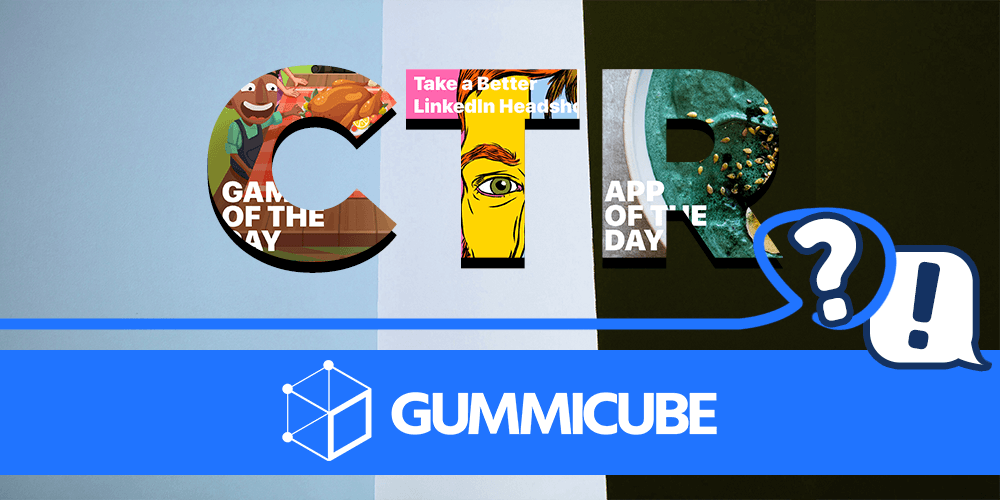 When a user finds your app in searches, what do you want them to see first? You control that with the creatives your app page uses. These set your first impression and can have a big impact on your click-through-rate (CTR), making creative optimization an essential part of App Store Optimization.

Apple states that 70% of app downloads come from search. Developers and marketers need their app to appeal to users directly from the search results, and while a catchy title and informative subtitle may help, creatives provide a huge first impression that can express more about your app than a 30 character text field.

On the Apple App Store’s search screen, users will see the app’s icon in addition to its first three portrait-mode screenshots (first two if there is a video) or a single landscape-style one. On Google Play, users typically only see the app’s icon, so it must capture their attention on its own – only after clicking on the app page will they see the screenshots and video.

An optimized creative set can increase click-through-rates significantly from previous iterations. Following creatives best practices will help you design and develop creative sets that users notice, engages with them and draws them to click on the app.

Optimized screenshots need to show the app in action, with visual elements that intrigue and appeal to users. They need to display the app’s core features, accompanied by callout text that utilizes relevant keywords to describe what the app can do.

Preview videos are also useful, as they can show the app in action and display more than just a single feature or moment at a time. When designed well, a video can increase conversions by up to 25% - although a poor video can have the opposite effect, so it’s important to test videos before deploying them.

Beyond simply designing appealing creatives, there are additional steps you can take to help improve your CTR further.

Consumer trends and behaviors vary from region to region. What appeals to users in one location may repel them in another. That is why localization is important for creative sets. It is important to make sure that the language used in creatives is grammatically correct and convey the right message when translated. For instance, a dating app saying “find your soul mate” in English might say “meet your half-orange” in Spanish.

Localization can take the form of changing location-specific imagery used in the screenshots. A travel app’s screenshots when localized for a French audience might use the Eiffel Tower, while the same screenshot designed for Japan could use Tokyo Tower. The same concept could be applied towards featured images of food, people, art and so on.

Localization can also mean adjusting the style of the screenshots to suit local tastes. This could just mean repositioning the screenshots to change the focus on features to the ones most important to that region. It could also mean creating entirely new creative sets based on the designs and tones best suited for the location.

Promotional videos also require new localizations. If an app includes text or dialogue, the video should show it in the native language to the region it’s in. Tastes can vary across regions as well, so a video for a mobile game in one area might work better by showcasing its combat system, while its social aspects would work better in another.

Using different screenshots and videos to suit the values and styles of the location can improve your CTR in each region it’s optimized for by improving its appeal in each location.

App Store Optimization requires constantly updating and refining your strategy. This includes updating the creatives to take advantage of seasonal events. When a holiday approaches, an app can update its screenshots to connect to the holiday. This could mean the inclusion of a Christmas tree in screenshots or updating dating app screenshots to call out Valentine’s Day.

If an app or mobile game features seasonal events, such as holiday sales or special in-game events tied to the season, the screenshots should include them early on to let users know about them immediately. Using the creatives to showcase seasonal events can instantly indicate to users caught up in the spirit of the season that your app has something for them.

In order to get the full CTR boost from your creative set, you need to test and ensure that it works as intended. A/B Testing through a platform like Splitcube can help identify what aspects of each screenshot, icon and video work best so you can utilize those best practices.

Analyzing competitors is also a helpful tool for determining what practices work best in your category. A competitor analysis helps identify the aspects of creatives that are proven to work, so you can integrate similar aspects into your own.

Each test can provide valuable feedback for the next iteration of a creative. Whether it’s a screenshot’s composition or the music used in a video, A/B Testing helps optimize your creatives to improve your click-through-rate when the tested creatives are launched.

When users find your app in searches, the visual aspects will be the first thing to catch their eye. Whether it’s icons and screenshots on iOS or the icon on Google Play, an optimized creative can improve an app’s CTR.

An optimized creative set should follow ASO best practices, be localized for its region, take advantage of seasonal events when applicable and be rigorously tested to ensure optimal performance. When an app’s creatives are updated to an optimized set, it can make a big difference.