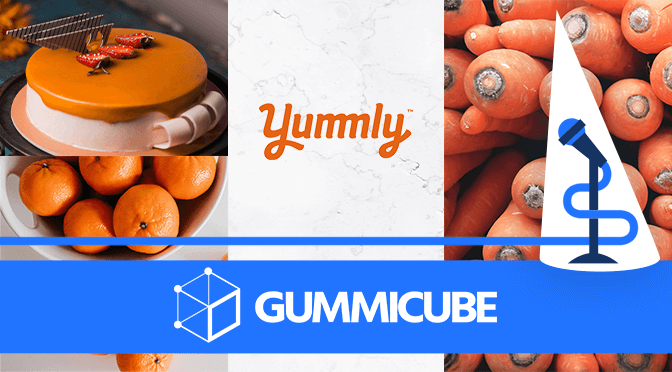 Yummly is a recipe and shopping list app made to help users find recipes suited for their tastes and needs. With Thanksgiving approaching, apps like Yummly will see increased usage, so improving the app’s App Store Optimization can help it stand out from its competitors. For this week’s App Store Spotlight, we take a look at Yummly to see if it’s ready for the season.

Yummly ranks #40 in the Food & Drink category on the Apple App Store and is currently featured on a list of “Vegetarian and Vegan Favorites” on the store’s homepage. The Yummly app ranks #1 in searches for “cooking app,” “food recipes” and “dinner,” and is in the top 5 for “tasty,” “meals” “vegetarian recipes” and “healthy meal app.” The rankings get lower for terms like “healthy food” (#17), “nutrition app” (#18) and “food shopping list” (#21).

Creatives: Yummly’s App Store page starts off with a video that shows how users can scroll through the app and search for recipes. The video moves at an engaging pace and is accompanied by a musical score to keep users focused. As the video is in portrait mode, users will also see the first two screenshots next to it when it appears in searches.

Five screenshots follow the video. Each one shows a different aspect of the app, including callout text that presents them with quick statements like “Discover” or “Learn” before providing additional information. While the use of callout text is good, the font used is thin and doesn’t stand out against the marble white background of the screenshots; a bolder font could help the text stand out more.

The Yummly app currently uses half the allowed number of screenshots. The App Store has room for ten screenshots, so there’s room for five more that could highlight other aspects, such as more info on Yummly’s customized recommendations. Including imagery of Thanksgiving meals that can be found on the app could help connect it to the upcoming holiday for US users.

Title & Subtitle: The Yummly app’s full name is “Yummly Recipes + Shopping List.” This uses exactly 30 characters, so it fully utilizes the space available. The keywords used in the title are also high volume, although the app’s rankings for “shopping list” terms are on the lower end. It ranks #21 for “Food shopping list,” #30 for “shopping list free” and #46 for “shopping list.”

The subtitle, “2M+ Recipes & Dinner Ideas,” uses 26 characters out of the 30 allowed. It presents a clear value for the Yummly app and adds in “dinner” and “ideas” keywords. “Recipes” is already in the title, so repeating it in the subtitle is redundant for keyword optimization.

Description: Yummly’s description conveys the mobile app’s purpose with an introductory paragraph and feature sets. The description mentions how it provides recommendations, tools and videos, but not any shopping list features.

The introduction to the description is several lines long, which makes it appear as a large block of text when viewed on a mobile device. This is difficult for users to read at a glance, so they are more likely to miss important details when skimming through it. By breaking the introduction into a few lines at a time, users will take in more at once while scrolling through the description.

With Thanksgiving approaching, seasonality is important as well. The description could benefit from incorporating relevant terms, such as promotional text telling users how they can find a healthy recipe for Thanksgiving. Tying in its value propositions, such as healthy eating options, to the seasonality can be helpful.

The feature sets provide strong value propositions, such as “Step-by-step guided recipes.” This helps provide upfront information about the app’s benefits. The feature descriptions are also longer lines, so they’re harder to view on mobile device screens. Turning the paragraphs into bullet lists could improve the features’ readability so that users can quickly get all the information while scrolling down the page.

Creatives: Yummly does not use a video for its Google Play page. Since Google Play allows videos to use out-of-app footage, the app could use a video that shows food being made through its recipes, although that would have to be tested for performance.

Yummly’s Google Play page uses the same five screenshots as the iOS version does, although in a different order. This leaves room for three more screenshots, since Google Play allows up to eight.

Description & Metadata: Yummly’s Google Play description follows a similar outline to the iOS description but includes several changes for the Play Store. Since Google Play allows emoji in its descriptions, the Yummly app’s page includes food and cooking emoji in the feature list headers to make them pop.

The description’s biggest weakness is in its lack of keyword focus. In order to index for terms on Google Play, the description should include the targeted terms at the front of each line. Yummly does not do this, as it starts lines with terms like “Set up your taste and nutrition preferences” and headers with “Collect, save and organize your favorites.”

Bullet lists for the features would help in this regard. Each bulleted point can start off with another keyword to help its indexation. This would also be easier for users to read while scrolling through.

The Yummly app has a strong presence on the App Store and Google Play Store but there is still plenty of room to grow. It could target more keywords by adjusting its iOS title and subtitle as well as its Google Play description, and help its conversions by adding more screenshots and emphasizing the callout text on the screenshots it has.

Seasonal updates can also help the Yummly app. Users will be searching for great cooking apps to find recipes for Thanksgiving, as well as the holidays that come later in the year, so targeting those keywords now can help Yummly in the long run.