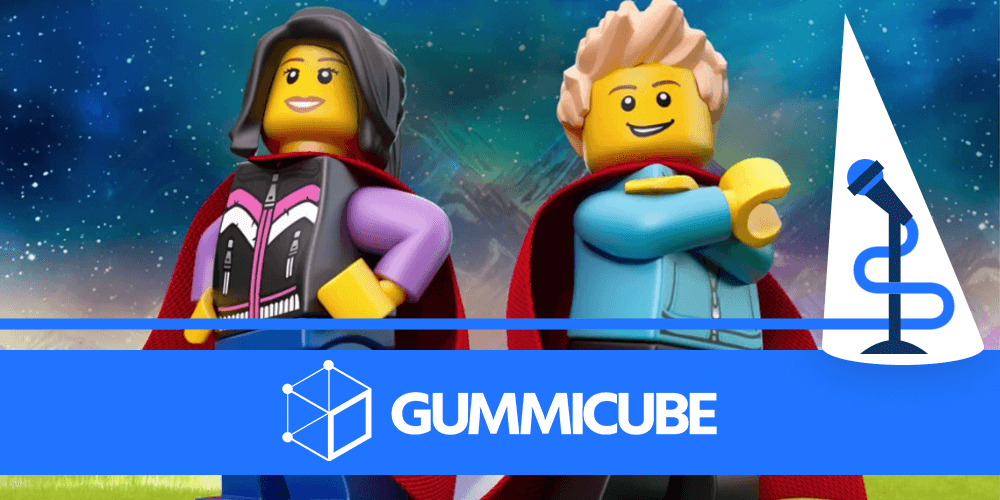 LEGO has gone beyond the physical plastic bricks alone and has entered the world of apps with LEGO® Life. This app provides a safe, LEGO-focused social network with pictures and videos of LEGO sets. While it’s great for building toys, is its App Store Optimization constructed well too, or is it messier than LEGO bricks spilled on the floor? For this week’s App Store Spotlight, we take a look at LEGO® Life and see.

On the Apple App Store, LEGO® Life is the top-ranked app for “Fan lego,” “legi life” and “lego app.” It ranks in the top three for misspelled terms like “lego worl” and “jrassic world lego,” as well as for “share stickers.” While spelling variations can occasionally help for exact matches of search terms, misspellings like this do not have high search volume. Ranking for them does not help the app’s visibility to any great degree.

Its rankings for keywords like “lego” and “lego building” come in at #11 and #13, while its ranks in the low 10’s and 20’s for terms like “lego world” and “lego collection.” It’s also #58 under “social media” and #126 under “share videos,” both of which are highly searched for terms that are relevant to the app’s features.

Creatives: LEGO® Life features two videos on the App Store. The first one is focused on how the community is safe for kids: users only use LEGO avatars, all comments are moderated, and it uses a special keyboard. The second is built more around the customizable LEGO avatar feature. Both include a catchy song and easily readable box text that describes everything. While these are well-designed videos, it could benefit from one that focuses on the app as a whole and shows off all the features it has to offer. Putting the video about safety and security first and foremost is a good idea, as parents will want to make sure the app is safe for their children before installing it.

The following screenshots are presented without callout text, so users have to take a second to focus and see what each one is presenting. The first screenshots primarily show menus, so they’re less engaging and visually appealing than some of the later images. The latter screenshots show off the avatar creation, sharing pictures of LEGO® sets and earning badges; these are more interesting visually and would help the app if they were placed closer to the front.

The app does use all ten of the allowed screenshots, so It’s making the most of the space provided. It would still benefit from adding engaging and keyword-focused callout text to the screenshots, as well as reorganizing them to emphasize the most engaging features first.

Title & Subtitle: The app’s full title, “LEGO® Life,” uses 10 of the 30 characters allowed. This could be expanded to add more information about the features and benefits of the app. The subtitle, “Share Builds with LEGO® fans!” uses 29 and includes important keywords, which is good.

Both of them use the term “LEGO®,” which is redundant for metadata, as it uses the same keyword twice.

Description: The LEGO® Life description makes good use of the bullet lists to describe its features and benefits. Each section describes a specific feature or benefit, such as the LEGO videos, keyboard and collection sharing.

The keywords are also integrated throughout the description to help build relevancy. It often includes the names of specific LEGO toy lines and tie-in brands to help index for those keywords, although it would need to include them in its keyword bank for that to work.

The opening paragraph is a bit lengthy for iOS devices, as one block of four sentences. This could easily be split into shorter lines, which would be easier for viewers to read and take in at a glance.

On Google Play, LEGO® Life only ranks in the top spot for its own keyword. Its rankings for other keywords are on the low end, with “juegos de lego” and “lago games” being the only keywords with a high search rate it ranks in the top 10 for. It does rank #14 under “social network for kids,” which is an improvement compared to its lack of “social network” terms on iOS. The app also ranks for other LEGO terms, such as “lego super heroes” (#18) and “lego ninja” (#30) but its rankings are not high.

Creatives: LEGO® Life starts off with a 30 second video that shows off the features of the app, including phot sharing, avatar creation and features such as polls. This is an effective video, highlighting what the app has to offer with callout text and clips of the app in action.

Following the video, it has five screenshots. These are different from the ones on iOS and are organized slightly better – the avatar creation feature is shown early on, although the pictures of LEGO sets could be moved closer to the front before the chat menu.

Like with the iOS version, the screenshots do not include callout text. Including callout text is a great way to draw users in by telling them exactly what the app can do while including its keywords. As it is now, screenshots alone will only get it so far.

Description & Metadata: On Google Play, the app’s full name is “LEGO® Life: Safe Social Media for Kids.” Including the social media information in the title is good, as it provides more information about the app and helps it index for “social media” terms.

Keywords need to be placed near the front of each line and sentence in a Google Play description. With its current formatting, the app seems to target terms like “Scan the QR code” and “chill out with mini movies” (although it does not rank for those) rather than important terms like “LEGO instructions.”

There are a few areas where the keywords are well-placed, such as “Build LEGO sets,” but overall the description should be redesigned to place a focus on the keywords if it wants to index for any of them.

LEGO® Life is an app that could benefit from following App Store Optimization best practices. It could enhance its creatives by including visually engaging callout text and reordering them to place the key features first. While its description needs to be spaced out a little better on iOS, it needs to be revamped and refocused on Google Play to help index for the keywords it needs to target.

These are all issues that could easily be fixed with App Store Optimization. LEGO® Life is a great app for sharing LEGO builds and chatting with fans in a safe environment, but without ASO it’s a few bricks short of a complete kit.