What is ASO? Get Started Optimizing Your App 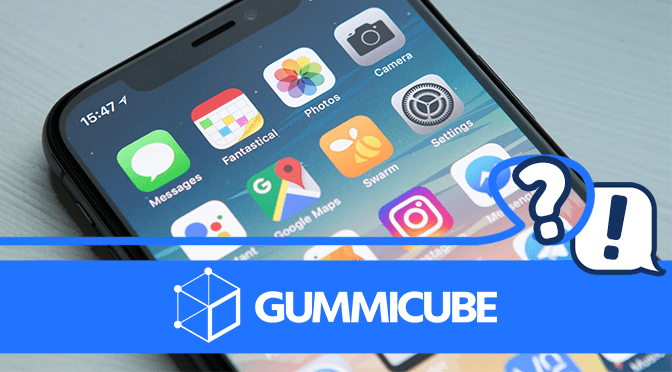 New app developers may feel overwhelmed trying to get their apps discovered on the stores. They may have heard that App Store Optimization (ASO) is important to succeed, but might not know what ASO is or how to get started. As such, we’re here to answer the first question every developer looking into App Store Optimization needs to ask: what is ASO?

ASO is, at its core, every element that goes into improving an app’s visibility and installs on the Apple App Store and Google Play Store. There are ASO best practices for every part of an app’s page, from designing user-facing elements like the icon and screenshots to finding the right keywords to target.

Following ASO best practices helps the app to appear in app store search results, where 70% of an app’s installs come from. Researching and designing visual elements that appeal to users, including screenshots and descriptions, will also encourage users to convert.

Optimizing an app requires researching, testing and refining multiple aspects. These include elements like:

Each one is an important piece of the puzzle, which can assemble into a clear picture of optimization. A good ASO strategy can increase an app’s clicks, installs and keyword rankings to drive success on the app stores.

The title serves more purposes than just telling users the app’s name. Beyond the brand, it can help explain the app’s function to users while targeting valuable keywords.

When searching the App Store and Play Store, users will often see app names that include information about its functions. For example, the Messenger app’s full title on Google Play is “Messenger – Text and Video Chat for Free.” That serves two purposes: first, it conveys information about the app’s features to users, and it includes keywords relevant to the app.

The Apple App Store also has a subtitle. This provides an additional 30 characters that can be used for additional information about the app. This is also user-facing and used for keyword indexation, so it should elaborate on the app’s functionality using relevant keywords.

The app’s keywords determine what searches it will appear in. One of the biggest goals of ASO is to help an app rank high for a large number of relevant keywords to maximize its visibility in searches.

When targeting keywords, developers should research the terms that are most valuable to their app. Using a platform like DATACUBE, one can find keywords and their search volume. The higher a keyword’s volume, the more users typically search for it.

It’s important to use mobile data for determining keywords, rather than web data. There’s only a 20% overlap between web and mobile search trends, so web data will provide inaccurate keyword information.

Developers should keep both search volume and relevance in mind when determining their keywords. If a keyword has high search volume and is very relevant to the app, it’s a valuable term to target. Target highly relevant keywords with slightly lower volume can also be helpful; this lets the app focus on a more niche audience that would be interested in it.

It is a common occurrence for developers to write a single description for their app and use it on both the App Store and Google Play Store, but that will not result in optimized descriptions for either store. Using a different description for each store that’s written for each platform and how they index metadata helps ensure that they’ll perform well on both.

For iOS devices, descriptions should utilize short lines. This helps users understand the app at a glance while scrolling, so no information is lost in the middle of long paragraphs. Keywords should be integrated into the description to indicate to users that the app is relevant to their searches and to create relevance for Search Ads.

On Google Play, descriptions should have keywords placed near the front of each line. This will help the app index for them. The keywords must be naturally integrated, to avoid keyword stuffing. Google Play also allows HTML in its descriptions, so adding bold text or changing the text color can be used to help draw attention to key phrases.

For both stores, starting off with an introduction that presents the value proposition can draw users in and give them an overview of the app. Using feature sets after the introduction helps explain the app’s functionality and benefits; users can look at the sets and see what the app provides in an easy to digest manner.

An app page’s visual elements are key to conversion. They provide users with a look at the app and its functionality, including visual design, interface and usage. Creatives include the icon, screenshots and videos.

The Apple App Store allows up to ten screenshots, while the Google Play Store allows up to eight. It is recommended that developers use all of them in order to provide the most information, presented in order of importance. The first three portrait-mode images or first landscape-mode screenshot are the most important, since they’ll appear in search results

Screenshots should also include callout text that highlights what each image is about. This tells users about the app’s features quickly and backing up the claim with strong visuals. Integrating keywords into the callout text also draws a strong connection between the app and users’ search queries.

Videos are also a good way to improve an app’s conversions if done right – a good video can increase an app’s conversions by up to 25%. Displaying the app’s uses, graphics, UI and so forth in a video can let users know how to use the app and what it can provide for them. Apple and Google have different video guidelines – App Store videos can be up to 30 seconds long and must use in-app footage only, while Google Play videos can be longer and use footage from outside of the app.

When designing creatives, developers should research the market and see what performs well. If competitors are succeeding by incorporating specific elements, then developers should consider testing similar designs for their own. Running A/B tests is a good way to see what design elements perform best, since it compares multiple variants against each other to an evenly distributed audience.

Apple and Google also offer paid channels for app marketing Apple Search Ads and Google Ads. While these create advertisements within the App Store and Play Store, they can also help an app’s optimization.

Using these advertising tools for marketing an app can help it appear in search results and in front of potential users, which gives it more chances to get clicked on. The clicks and downloads it gains can help improve its organic indexation, feeding back into its growth. Running properly-structured Apple Search Ads campaigns can also give you insights into what keywords lead to taps and installs from ASA.

This is a quick overview of ASO best practices to give you a good idea of what ASO is and how it works. The guidance here can serve as a good starting point for developers ready to begin their App Store Optimization journey.

The app market is a competitive environment and new developers might not be sure where to begin.